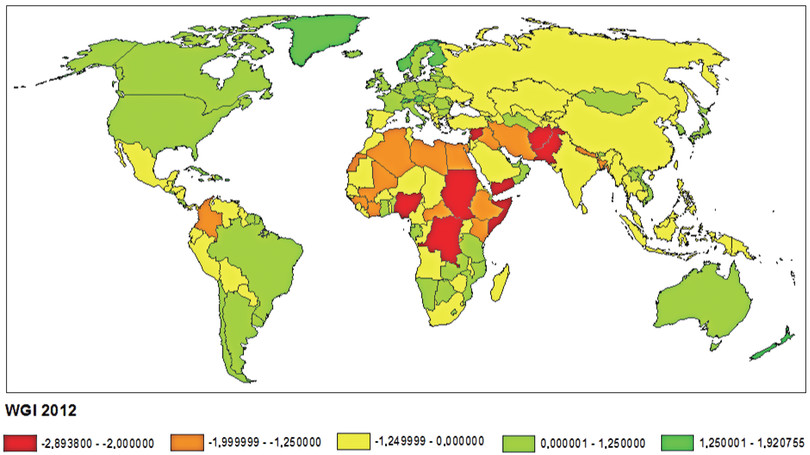 In general, the country has improved its internal efficiency and systems, but strategies must be strengthened to improve public perception on rule of law and quality of governance. These can be addressed by fully implementing the Ease of Doing Business and Efficient Government Service Delivery Act of 2018 (RA 11032), the Philippine Identification System (RA 11055) and the Build, Build, Build program.

The latest report reflects the Philippines’ standings on each dimension as follows:

Philippine vs. ASEAN Performance for the Current Year

The Philippines was slightly edged out by Indonesia in Voice and Accountability but remains in the upper 1/3 for this indicator. The country was also able to enter the upper half of the rankings vs. our neighbors in terms of our Regulatory Quality score. For the rest of the indicators however, the Philippines remains in the lower 1/3. The country must improve its anti-corruption strategies, administer swift and fair justice and address government effectiveness.

World Governance Indicators (WGI) is a research dataset summarizing the views on the quality of governance provided by a large number of enterprises, citizens and expert survey respondents in industrial and developing countries. These data are gathered from a number of survey institutes, think tanks, non-government organizations, international organizations and private sector firms. The WGI is a research project of the World Bank (WB) since 1996 and covers 211 countries.

The WGI is an aggregate of six dimensions:

The Philippine Development Plan has adopted all indicators except Political Stability as this is related to peace and security rather than governance.

For Chapter 5, the WGI indicators monitored are Voice and Accountability, Government Effectiveness, Control of Corruption and Regulatory Quality.

For Chapter 6, the adopted indicator is for Rule of Law.

Period of study: Previous year of data release (i.e. WGI 2014 released on Q4 2015). Note: According to World Bank, it is hard to determine the exact reference period since the data are gathered from various individual sources with different reference periods

Link to the main site: http://info.worldbank.org/governance/wgi/#home