Similar to 2017, the country has seen gains in streamlining government processes and procedures but much needs to be done in addressing corruption and issues in the justice system. The country’s standing for each indicator is as follows:

B. Philippine vs. ASEAN Performance for the Current Year

Singapore and Brunei continued to lead the ASEAN across all indicators except for WGI-Voice and Accountability where Indonesia maintained its edge over the Philippines.

Averaging all the percentile ranks for the indicators, the Philippines remained in 6th place, performing slightly better than the ASEAN average.

The Philippines posted the highest improvement in WGI-Government Effectiveness from 51.9 pctl in 2017 to 55.3 pctl in 2018. The country is also one of only three nations which increased its percentile rank for WGI-Regulatory Quality. Further, the Philippines stayed in the upper 1/3 for WGI-Voice and Accountability.

However, as compared to the rest of the ASEAN, the country posted the biggest decline for WGI-Control of Corruption, dropping almost 6 notches from 39.9 pctl in 2017 to 34.1 in 2018. 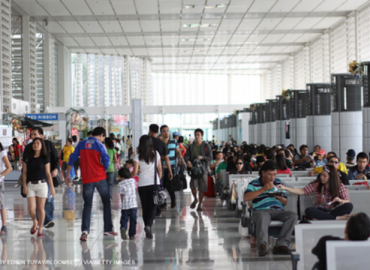 NAIA rehab plan gets final approval from NEDA Board

Duterte to water execs: ‘Shape up or ship out’