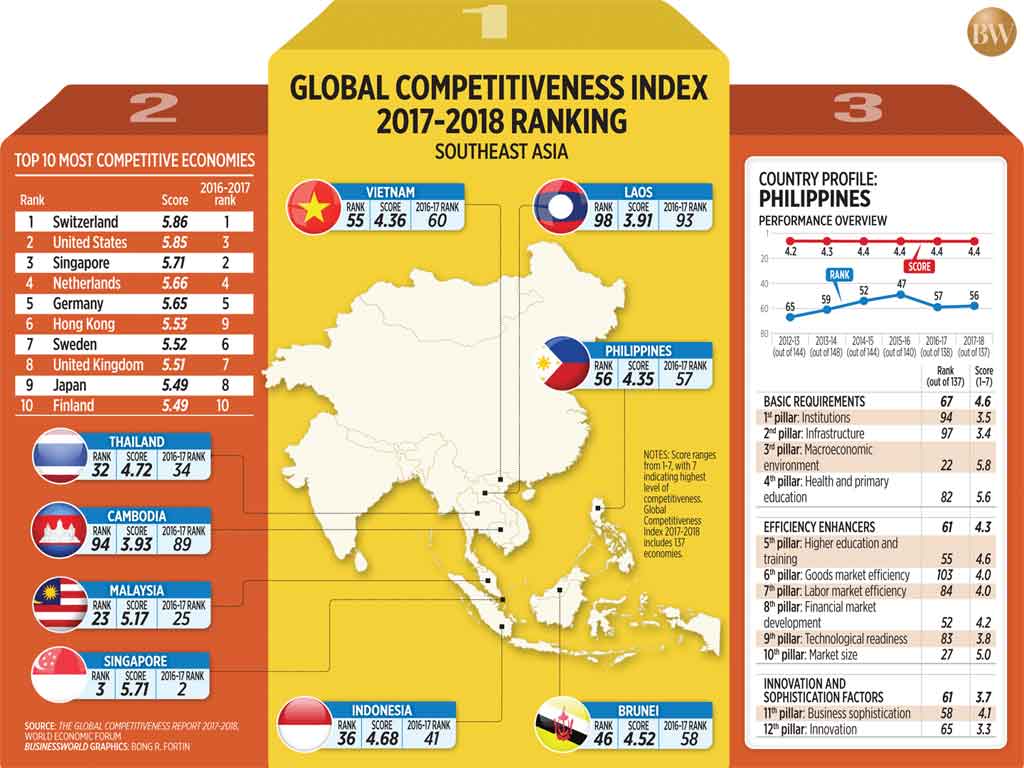 * The WEF changed its methodology for 2018 wherein the countries are scored on a scale of 0 to 100 instead of the usual 0 to 7. Indicators have also changed in terms as noted.

The country maintained its 2017 ranking at 56th out of 140 countries. In spite of the seemingly unchanged ranking, there was a slight improvement in terms of percentile rank compared to 2016’s figure (60.00 pctl vs. 59.12 pctl).

Issues from 2016 persist in 2017 such as inefficient government bureaucracy, inadequate supply of infrastructure and corruption. The World Economic Forum also suggests that the government must improve performance in health and education. The government must also resolve political unrest as the pillar of Institutions has been experiencing a consistent decline in its ranking.

Philippine vs. ASEAN Performance (Current vs. Past Year)

Singapore still led the pack, followed by Malaysia and Thailand. The Philippines ranked 5th out of the 9 countries, better than last year at 7th out of 9.

The Global Competitiveness Index (GCI) measures the set of institutions, policies, and factors that determine the current productivity and potential economic growth of a country. This basically means that the higher the competitiveness of a country’s economy, the higher probability of progress throughout the succeeding years.

The index endeavors to take into account countries’ different stages of economic development, and organizes the pillars into three sub-indexes and 12 pillars, organized as follows:

The overall ranking (in percentile rank) for this index is monitored for Chapter 5.

Link to the main site: https://www.weforum.org/reports/the-global-competitiveness-report-2017-2018 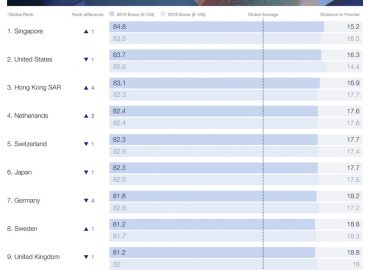