By Bianca Cuaresma, May 2 2019; Business Mirror

ECONOMIC managers lauded the country’s most recent ascent in the investment grade ladder, saying the “BBB+” rating from S&P Global is an indication of the country’s “sound economic expansion.”

“With such an upgrade, this would bring more interest among foreign investors to participate in the growth process and, in the end, further establish and strengthen the upward trajectory of the Philippine economy,” Guinigundo added.

National Treasurer Rosalia de Leon also made a statement on the recent upgrade, saying the development is a “recognition of our sound policies on liability management.”

“We have kept our debt in check—even as we invest more on infrastructure and social services. We are committed to fiscal discipline, and this makes the Philippines a truly creditworthy sovereign in the eyes of the international financial community,” she added.

“Since 2013 when the Philippines first bagged investment grade ratings from international debt watchers, the country has secured more rating upgrades. These are credited mainly to sound economic policies and also to effective communication of the economy’s strengths to the right audience,” Medina-Navarro said.

“Now that we are just a step away from reaching ‘A minus’, the IRO’s efforts to communicate the Philippines’s favorable narrative to the international community will continue with even more fervor,” she added.

“The upgrade also shows that ratings agencies view the external position of the Philippines as favorable with its more than adequate level of gross international reserves and the proverbial ‘aces up our sleeves’ in overseas Filipino remittances and BPO [business-process outsourcing] receipts, two sources of FX [foreign exchange] akin to the Philippine dynamic,” he said.

“The string of above-6-percent growth was likely considered as the Philippines enjoys a demographic dividend but also looks to evolve into a new investment-driven growth narrative. Government officials must look to safeguard this growth momentum going forward,” he added.

On Tuesday, S&P announced that it is assigning a BBB+ rating on the Philippines’ long-term sovereign credit rating.

“We raised the rating to reflect the Philippines’s strong economic growth trajectory, which we expect to continue to drive constructive development outcomes and underpin broader credit metrics over the medium term,” S&P said.

The new rating is given a “stable” outlook by the ratings agency, which means that no material change is expected of the rating in the next 12 to 18 months. 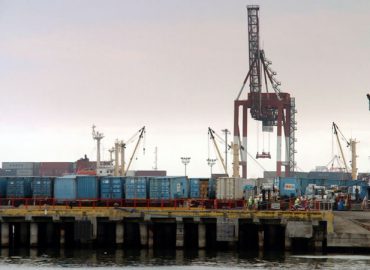 Cost of shifting to federalism only P17.6B: Con-com TWG