MANILA, Philippines — Instead of focusing on his gains, President Duterte is expected to highlight today plans for the next 12 months during his third State of the Nation Address (SONA) as he faces criticism over issues such as the higher prices of goods and the spate of killings of local officials.

Presidential spokesman Harry Roque told The STAR last night, as Duterte rehearsed at Malacañang for the SONA, that the annual report to the nation would focus on “the good news.”

Roque over the weekend said Duterte would “once again articulate the people’s desire for genuine and meaningful change” during this year’s SONA, which he described as a continuation of the President’s previous addresses.

“Traditionally, the SONA is a highlight of achievements of the previous year, but this year’s SONA is all about the essentials on what PRRD intends to do in the next 12 months of his administration,” Roque said, referring to Duterte by his initials.

Roque earlier said Duterte would stick to his prepared address, which is seen to last for 35 minutes. But officials are not ruling out the possibility that the President, who rarely reads prepared speeches, will adlib.

Joyce Bernal, the director of the third SONA, has said the President would be projected as the “father of the nation.”

Special Assistant to the President Christopher Go said Duterte already read his prepared speech and the SONA will last for no more than 35 minutes.

“There may be adlibs to emphasize his thoughts on various issues to fellow Filipinos,” Go said.

But Go was also quick to point out that the President would also talk about his campaign promises.

Duterte will deliver the address as his administration grapples with the higher prices of commodities that some sectors blamed on its tax reform program.

Officials have claimed movements in global oil prices and a weaker peso mainly caused the upward adjustment in prices.

They also promised to implement programs that would shield the poor from the impact of price spikes.

Critics are also assailing the administration for the successive killings of local executives and its alleged failure to assert the Philippines’ claims in the South China Sea. Duterte has said he is not abandoning the country’s maritime claims despite the Philippines’ warmer ties with China.

Despite the problems hounding the government, Malacañang said the country is reaping the benefits of reforms initiated by the President.

“The crucial reforms that were instituted by the Duterte government continue to gain ground, which in turn paved the way for a stronger economy and for more sustainable and inclusive socio-development initiatives,” a government accomplishment report released on the eve of the third SONA read.

“We assure our people that the government will remain proactive in fulfilling the President’s vision for the Philippines.”

Duterte had a medical checkup a day before his third SONA, Malacañang said.

Roque said Duterte had a routine checkup at the Cardinal Santos Hospital in San Juan last night before rehearsing for his SONA.

“He (Duterte) spent about an hour and a half for the routine examination. He was declared to be in good health,” Roque said in a text message.

The President has admitted experiencing migraine everyday, having a spinal problem and suffering from Buerger’s disease, an ailment caused by smoking.

In his previous speeches and interviews, the President  downplayed his ailments, saying these are normal for elderly people.

Officials had previously said Duterte’s  SONA would last for 35 minutes. As of last night, the draft SONA is 16-page long.

Senators listed yesterday urgent national concerns and “gut issues” that they hope the President will tackle in his third SONA this afternoon.

The senators said among the important issues for Filipinos Duterte must address are the economy, particularly rising prices of goods; peace and order, including the recent high-profile killing of priests and local officials; health insurance, and the South China Sea dispute.

“We want to hear what will be done to address the poverty of our countrymen and second, the continued breakdown of law and order,” Senate Minority Leader Franklin Drilon told dzBB.

Drilon also wished Duterte would announce an end to what he termed as the administration’s “policy of appeasement” towards China.

Sen. Joseph Victor Ejercito said he hopes the President sets the economic direction for the remaining years of his government as well as giving a clear update of the administration’s P8-trillion “Build, Build, Build” program.

Sen. Sonny Angara is hoping Duterte will push for the passage of the Universal Health Care bill, promised salary increase for teachers, and prioritization of job creation in the country.

When it comes to “Build, Build, Build,” Gatchalian said he wants to know in the SONA how the program will be continuously financed.

Gatchalian also is seeking clarification on the administration’s push for federalism, which he warned would cause uncertainty, particularly in the investor community.

Sen. Nancy Binay said the President must focus his SONA on the administration’s programs for the next years anchored on the Philippine Development Plan.

Binay said “gut issues” should be the focus of Duterte’s SONA and give them the same priority as the war on drugs.

“I hope the President focuses on addressing issues close to the stomachs like controlling inflation, creating jobs. More jobs, less jabs,” she said.

Binay said the people would want to hear updates on the rehabilitation of Marawi City and the results of the mining audit; as well as addressing the situation and issues of indigenous peoples, and urging Congress to finally pass the proposed National Land Use Act.

Labor groups said the President must include the true state of workers in the country in his SONA.

The Bukluran ng Manggagawang Pilipino (BMP) said Duterte should use his SONA to reveal the real conditions of the working people instead of promoting himself and the accomplishments of his administration.

Nagkaisa said workers expect Duterte to address the proliferation of contractual workers and the high cost of commodities and services as a result of the tax reform law implementation.

An official of the Catholic Bishops’ Conference of the Philippines (CBCP) said Duterte should give a true picture of the country in his SONA.

Manila Auxiliary Bishop Broderick Pabillo, chair of CBCP episcopal commission on the laity, said the President must not dwell only on the achievements of his administration but should also admit its failure on several aspects.

“He should give a true picture of the situation of the country both the positive and the negative state,” Pabillo said.

The accomplishment report did not contain information on the number of deaths related to Duterte’s brutal war on illegal drugs.

The law enforcement operations resulted in the seizure of P21.29 billion worth of illegal drugs and drug paraphernalia. The street value of shabu confiscated reached P14.66 billion, the report said.

The Philippine National Police (PNP) recently reported that 4,354 suspects have died in the crackdown on narcotics. A total of 526 government workers were also arrested for violating the Comprehensive Dangerous Drugs Act of 2002, the PNP added.

The accomplishment report did not mention anything about the government’s peace process with the communists. Duterte canceled the formal negotiations slated for June to allow him to “personally” study the agreements signed by his predecessors and the communists.

He has also called on the rebels to stop hostilities and the collection of “revolutionary taxes.”

The report, however, contained data on the military’s operations against the rebels, who were described as “communist terrorists.”

“Since the incumbency of President Duterte, the Armed Forces of the Philippines (AFP) was able to conduct focused operations against the Communist Terrorist Group which resulted in the neutralization of approximately 8,700 CTG personalities and recovery of 2,246 firearms,” the report provided by the defense department read.

More than 1,000 Dawlah Islamiyah extremists, 600 Abu Sayyaf and 300 Bangsamoro Islamic Freedom Fighters were arrested, wounded or killed during the first two years of the Duterte administration.

The report also cited the Philippines’ 6.7 percent economic growth in 2017, one of the fastest in Asia. The government is targeting a seven to eight percent growth this year. As of April 2018, 625,000 jobs were created, 605,000 of them in manufacturing and construction, according to the National Economic and Development Authority.

The report was published days after the Social Weather Stations released a poll suggesting that more Filipino families considered themselves poor in the second quarter. 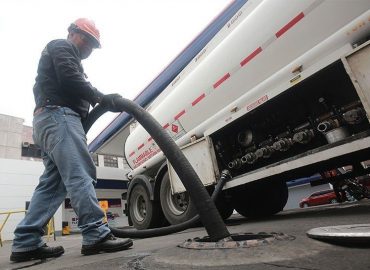 Gov’t to curb imports of hogs, poultry due to lack of storage facilities