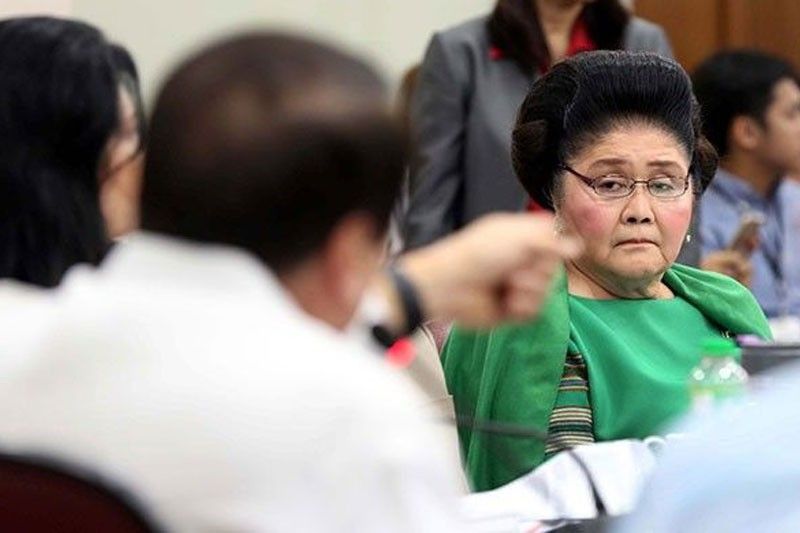 MANILA, Philippines — Another civil case accusing the late strongman Ferdinand Marcos, former first lady Imelda Marcos and their alleged cronies of acquiring ill-gotten wealth from 1965 to 1986 was dismissed by the Sandiganbayan.

In a decision handed down by the court’s Second Division on Sept. 25 but released to the media only recently, the magistrates ruled that the Presidential Commission on Good Government (PCGG) failed to prove that the Marcoses and their alleged cronies – Bienvenido Tantoco Sr., Bienvenido Tantoco Jr., Gliceria Tantoco, Maria Lourdes Tantoco-Pineda and Dominador Santiago – unjustly enriched themselves.

The PCGG submitted pieces of evidence that include unexplained assets – real properties, shares of stocks in various companies, cash, jewelry, vehicles and aircraft worth billions of pesos.

“Evidently, the plaintiff Republic failed to prove by preponderance of evidence that the defendants by themselves, or in conspiracy with defendants Marcoses, obtained ill-gotten wealth,” the decision read in part.

PCGG acting chairman Reynold Munsayac said they are still waiting for a copy of the resolution.

“PCGG will consult the handling lawyers from the Office of the Solicitor General and explore all possible legal remedies to pursue the case and protect the interest of the Republic,” he added.

Malacañang said it would be up to Solicitor General Jose Calida to decide whether to appeal the decision of the anti-graft court. “Ordinarily, the government always (seeks an) appeal. And for that matter, all litigants appeal if they lose. It will depend on the solgen,” presidential spokesman Salvador Panelo said at a press briefing. Panelo claimed that Calida, who has been described by President Duterte himself as “pro-Marcos,” would “always base his decision on the basis of the law and the evidence on hand.”He also disputed the claim of former Commission on Human Rights chairman Loretta Rosales that the PCGG under Duterte has become timid.

“All the cases of PCGG have been filed before. Who handled them? Not this administration. This administration only inherited them,” he said. ?Asked if the government should recover all the alleged ill-gotten properties of the Marcoses, Panelo replied: “If it’s ill-gotten, then we should always run after (them). If it’s ill-gotten, there is no need to ask. It should be a policy of all governments to run after ill-gotten wealth.

”Panelo said even the best lawyers cannot convince a court to side with their clients if they lack evidence. “I do not know whether they (government lawyers) did their best. What I know is that it has been dismissed. And the court dismissed that on the basis of evidence. Even if you are the best lawyer around, if you lack evidence, nothing will happen. The battle in court is about evidence.

If you lack and the court feels you have not proven your case, your case will be dismissed. But it doesn’t mean you lost. You just lack evidence,” he added.

The ruling – penned by Associate Justice Michael Frederick Musngi and concurred in by Associate Justices Oscar Herrera and Lorifel Pahimna –noted that the prosecution in the case presented only four witnesses with the anti-graft court, which admitted only 11 exhibits because of the prosecution’s failure to present these during the discovery proceedings stage as directed by the Supreme Court.

“The other exhibits were also denied admission by the Court for being mere photocopies, which failed to comply with the Best Evidence Rule,” the decision read, explaining that the prosecution also failed to authenticate the documents.

It added: “The Court finds that the foregoing exhibits are manifestly insufficient to prove the allegations in the complaint. The plaintiff was not able to prove by preponderance of evidence that defendants Tantocos, Tantoco-Pineda, Tantoco Jr. and Santiago by themselves and/or in unlawful concert with the defendants Marcoses collaborated in ‘schemes, devices and stratagems’ to appropriate and conceal ownership of illegally obtained assets.”

The anti-graft court said the PCGG failed to substantiate its accusations that Tantoco Sr. acquired assets, funds and other property that were grossly and manifestly disproportionate to his lawful income or that the defendants acted as dummies, nominees and/or agents of the Marcoses in acquiring works of art, clothes, jewelry, or real estate worth billions of pesos.

In August this year, the Sandiganbayan also dismissed a civil case against the Marcoses and 11 of their alleged cronies for lack of evidence and because the PCGG, as represented by the Office of the Solicitor General, merely presented photocopies of documents and failed to present key witnesses during the trial to authenticate their affidavits. – With Janvic Mateo, Alexis Romero

Why the Senate backed Trillanes but not De Lima vs Duterte

PhilHealth to boost drive vs fraud