MANILA, Philippines — The National Telecommunications Commission (NTC) wants to make it easier for telecommunication companies to get permits to build fiber-optic networks.

So it sent letters dated Oct. 15 to seek assistance in streamlining the process to the following agencies:
Department of Information and Communication Technology
Department of Interior and Local Government
Department of Public Works and Highways
Department of Human Settlements and Urban Development
Anti-Red Tape Authority

The NTC sees fiber-optics as a technology that would improve the country’s broadband capacity, especially with the prevalence of online classes and work-from-home schemes during the COVID-19 pandemic.

The NTC cited in its letters to government agencies the current situation of fiber-optic networks.

Telcos and internet service providers, the NTC said, install fiber optic cables alongside electric and telephone posts instead of in more protected and secure receptacles.

There were also right-of-way issues that slowed down the construction of cell sites.

Last Oct. 19, NTC said that it had started working with DPWH in amending right-of-way rules in accordance with the directive of President Rodrigo Duterte to the concerned agencies to help improve internet and mobile data speeds.

“In addition to right-of-way concerns, the number of permits and licenses, lead time and processes of rolling out these networks are similar to the applications for permits and licenses of cell towers prior to JMC No. 1 s. 2020,” NTC said, referring to Joint Memorandum Circular No. 1 that streamlined processes for cell sites.

“Streamlining these processes is expected to significantly improve the country’s connectivity, the importance of which is felt now more than ever due the COVID-19 pandemic. A seamless integration of the fiber optic cable with wireless technologies is critical for the country’s national broadband network,” it added.

According to NTC, not all telecommunication services have placed fiber optic facilities, especially DITO Telecommunity, the third telco expected to break the duopoly between PLDT and Globe.

But even if they have fiber facilities already, PLDT, Globe, and Converge ICT would still towards building new structures to expand their reach and services.

During the lockdowns due to the COVID-19 health crisis from March to May, internet speeds took a great hit as more people went online in the advent of stay-at-home policies and greater telecommuting jobs.

A slow internet was a major talking point in the President’s State of the Nation Address. He even warned telcos that they might face expropriation or government control if they should fail to improve their internet speeds by the end of the year. 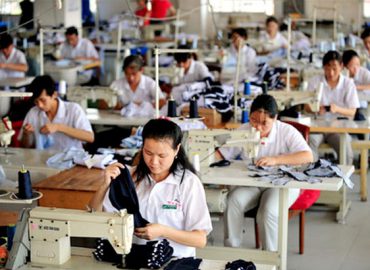