THE NATIONAL Economic and Development Authority (NEDA) ruled out the future pursuit of rice self-sufficiency by casting doubt on arguments for maintaining the policy as the government prepares to embark on a rice tariffication regime featuring more liberal imports by the private sector.

In a briefing Thursday, Socioeconomic Planning Secretary Ernesto M. Pernia cited the cost argument for importing more rice, noting that the pursuit of rice self-sufficiency made rice costly for the poor.

”Over the years, domestic rice prices have been persistently high with Filipinos paying as much as twice (the price for) rice compared to other countries. The poor, including farmers themselves get hurt the most… Rice tariffication is pro-farmer as much as it is pro-consumer, and pro-poor. It is the big millers and traders who have been benefiting more than small rice farmers,” Mr. Pernia said.

Rice tariffication under Republic Act (RA) 11203 removes the rice importing function of the National Food Authority (NFA) and allows the expansion of the private sector’s role in the import market. Shipments from within the Association of Southeast Asian Nations are to be charged tariffs of 35%. NEDA has calculated that such shipments will help bring down the cost of rice and inflation.

The high inflation levels of 2018 provided the impetus for RA 11203 to make it through Congress as the government embarked on a concerted effort to remove food supply bottlenecks.

The alternative policy of rice self-sufficiency, advocated mainly by the Department of Agriculture (DA), involves supplying farmers with hybrid seed and innovative irrigation systems. Farmers have argued that increased imports will depress prices and affect their livelihoods, while the NFA restructuring will also render it unable to offer a support price in the process of procuring palay, or unmilled rice.

RA 11203 provides for a Rice Competitiveness Enhancement Fund (RCEF) of P10 billion a year for six years, to help fund greater farm mechanization and access to crop financing, among others. RCEF will be funded by the rice tariffs.

NEDA Undersecretary Rosemarie G. Edillon told reporters that the government is now poised to abandon rice self-sufficiency plans altogether, and not postpone it.

“Yes,” Ms. Edillon replied when asked in a chance encounter with reporters if the rice self-sufficiency program has been abolished.

“It is something where we do not have a comparative advantage… Number one, we are an archipelago. Number two, we are a big country in terms of population… The 13 million hectares of land is divided in 7,600 islands… (For rice land) our computation is around four million hectares. In Thailand, they have about 10 million hectares of land, and their rice farms are contiguous. They only have less than 70 million people. We get frequented by about 20 typhoons a year, Thailand has one every 10 years. Geophysical characteristics are the defining constraints,” Ms. Edillon said.

“The only way you can have 100% rice self-sufficiency is you really have to contend with higher prices… There will always be equilibrium but it would be at the expense of higher consumer prices,” Ms. Edillon added.

NEDA also took the trouble to counter one of Agriculture Secretary Emmanuel F. Piñol’s arguments for maintaining a degree of self-sufficiency. Mr. Piñol had argued that many of the Philippines’ rice suppliers could someday be affected by climate change while growing rice demand in China could persuade suppliers to ship their rice there.

“China can be both an exporter and importer of rice depending on how it positions itself. There are times it exports rice, there are times it imports rice, but it will never be a country that should be seen as a threat to the rice market,” Mercedita A. Sombilla, NEDA Assistant Secretary, told BusinessWorld in an interview on the sidelines of NEDA briefing.

Ms. Sombilla added: “The ones that are showing very-very fast increase in demand in rice are the African countries because they are transitioning from the lower staple which are cassava, root crops, to higher quality staple which are wheat, bread, rice. But for the Asian countries, the only slightly high rice consuming country is Myanmar but Myanmar has much potential in increasing its rice for export. It’s just that we don’t feel it because its exports go to its border which is China. That’s why there is no threat from China because it has its own sources. Even Cambodia’s exports directly go to China.”

In August, Mr. Piñol said that in 2019, the Philippines will be in a “very tight rice situation because China is importing about 5% of its requirement” and “that’s 15 million metric tons (MT).”

Mr. Pernia said that the Philippines should not fear climate change hitting Vietnam and Thailand and putting pressure on the rice supply.

“That’s what [Mr. Piñol has] been saying, [that] we need to have rice self-sufficiency in anticipation of climate change hitting Thailand and Vietnam. It does not hold water,” Mr. Pernia said.

“It is not a good explanation,” Mr. Pernia said, noting that the Philippines is more likely to be affected by climate change than Thailand and Vietnam.

Mr. Pernia also said that the lifting of the quantitative restrictions (QR) on rice importation to the Philippines, a concession from the World Trade Organization (WTO) to give farmers time to become more competitive, is a long-overdue reform.

“We have suspended rice tariffication for 24 years… Japan opened its rice import market through tariffication in 1999 and South Korea did the same in 2015,” Mr. Pernia said.

“Apart from fulfilling our commitment to WTO, rice tariffication has been a priority agricultural policy reform in the past administrations, not just the Duterte administration,” Mr. Pernia said.

Ms. Edillon said that the NFA procures less than 2% of its stock from domestic sources. NFA

Addressing fears of layoffs at the NFA, Ms. Edillon said many of its workers can be absorbed by the Philippine Rice Research Institute (PhilRice) and Philippine Center for Postharvest Development and Mechanization (PHilMech), which have larger budgets supplemented by RCEF funding.

“We need to come up with an inventory of the competencies of the existing personnel and do a retooling if necessary…Let’s say PHilMech needs to upsize its manpower complement, PhilRice as well, and we also have other agencies in government as well that need to be filled up…For those who rather would not working anymore, I’m sure there will be a retirement package as well,” Ms. Edillon said. — Reicelene Joy N. Ignacio 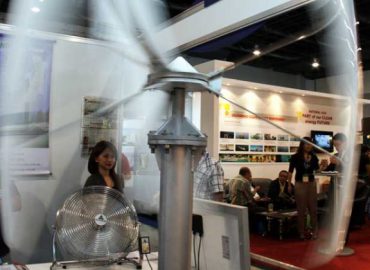