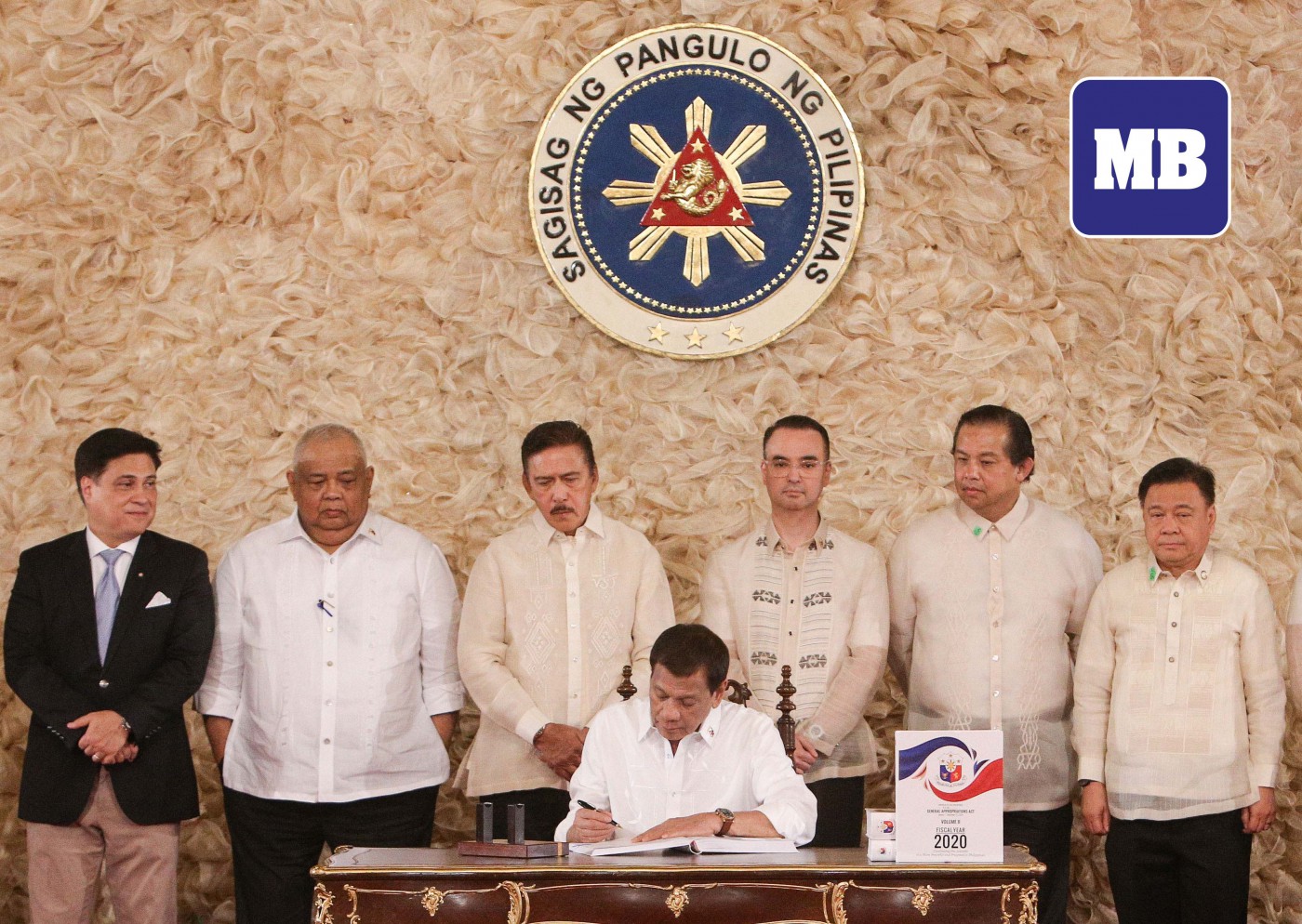 The proposed P4.1 trillion national budget for 2020 has been signed into law by President Duterte in a bid to sustain government programs on education, healthcare, and infrastructure development, among others.

In a ceremony held in Malacañang, the President inked Republic Act No. 11465 or the General Appropriations Act for Fiscal Year 2020 and vowed to ensure it would be protected from corruption and waste.

“I am pleased to join you today as we welcome the New Year with hope — much hope for the future of our nation. The passage of the 2020 General Appropriations Act is proof that with the invaluable help of both Houses of Congress, this government can effectively work together towards the enactment of key legislative measures that will support our development agenda in the next two and a half years,” he said in his remarks.

“Let us ensure that every peso in the budget will never be used to support the selfish greed of the few, but spent exclusively for the benefit and service of Filipino taxpayers,” he said.

Duterte said that as in previous years, the government will continue to allocate “a great portion” of the national budget for infrastructure development and social services, and other programs that will touch the lives of the people.

“Representing almost 20 percent of our projected GDP for 2020, this year’s 4.1 trillion budget will support our vision of a more peaceful and progressive Philippines – an upper bracket-income country that has already cut poverty rate to just 14 percent and [will achieve] a 7.5 percent GDP growth by 2022,” he said.

Duterte said the government will spend 36 percent of the 2020 budget to fund education, healthcare, housing, and social welfare programs.

Around 29 percent of the budget will be used for infrastructure, tourism, trade, job generation, and agriculture while 11 percent will be allotted for debt servicing to reduce the government debt to just 39 percent of the GDP by 2022.

The President expressed gratitude to Congress for supporting the government’s fiscal policies through the continued adoption of the Cash Budgeting System and the full implementation of the Comprehensive Tax Reform Program.

He also recognized the “invaluable contribution” of the Department of Budget and Management led by Secretary Wendel Avisado for their efforts in crafting this year’s budget.

The President appealed to Congress, fellow civil servants, and civil society partners “to remain driven towards our collective goal of providing a more comfortable life for our people.”

Meantime, Cabinet Secretary Karlo Nograles thanked Congress for the swift passage of the national budget, saying they have “helped us start the year right.”

He said the timely passage of the budget will prevent issues such as underspending as well as ensure that priority programs and projects are properly funded and implemented.

“The budget is the lifeblood of government, and all department heads recognize that the President wants them to maximize the financial resources allocated to them.

“The members of the Cabinet are on the same page when it comes to government funds. These are to be used––not abused––for the benefit of our countrymen. Babantayan ng maigi yan para magamit ng tama at maayos (We will safeguard the budget to ensure it is used properly),” he said.