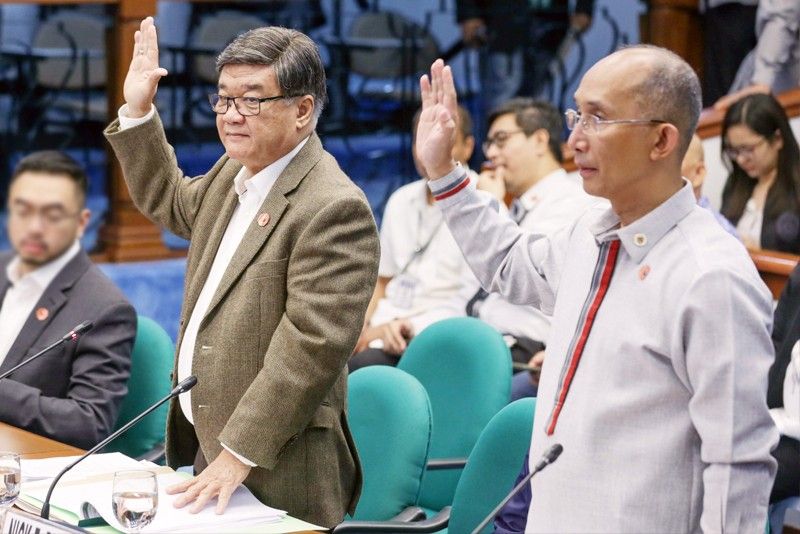 MANILA, Philippines — The supposed misinterpretation of the Good Conduct Time Allowance (GCTA) law by several corrections chiefs that led to the release of almost 2,000 heinous crime convicts constitutes administrative liability, according to the Department of Justice (DOJ).

Justice Secretary Menardo Guevarra yesterday bared that not only sacked Bureau of Corrections (BuCor) director general Nicanor Faeldon would be held accountable for the premature release of 1,914 heinous crime convicts since 2013.

“Not only him (Faeldon), all those BuCor chiefs that interpreted the law that way,” Guevarra said in a television interview.

He, however, clarified that their punishment might only be on an administrative level.

“Not in the sense that they willfully broke the law as far as I am concerned, because that is how they understood how the law should be applied, but it is not the proper way to do it. I cannot really make a judgment as to whether they violated the law because they proceeded from an understanding that these PDLs are included,” he added, referring to persons deprived of liberty.

In the revised implementing rules and regulations (IRR) of Republic Act 10592 or the Expanded GCTA law, four types of PDLs cannot benefit from GCTA.

These are convicts who committed heinous crimes, escapees, habitual delinquents and recidivists.

Corruption in the BuCor is what senators see as the reason for the large number of released convicts in the past years, which prompted them to vow sufficient funding for the prison agency.

The senators made the commitment at the continuation of the Senate Blue Ribbon committee’s inquiry into the controversial release of high-profile inmates by BuCor officials in implementing the GCTA law.

“Don’t worry. We will go full blast. We’ll provide funds for computerization and all the necessary equipment you need. We’ll be able to fund them when it (proposed P4.1-trillion national budget for 2020) becomes the law,” Senate President Vicente Sotto III told Guevarra.

He said Senate Minority Leader Franklin Drilon was about to find some P6.7 billion in apparent excess funding from the budget of the Commission on Elections.

The issue of funding cropped up when Sen. Richard Gordon, chairman of the committee, asked Baguio City Mayor Benjamin Magalong, who used to head the Philippine National Police Criminal Investigation and Detection Group (CIDG), what can be done to reform the BuCor.

The former CIDG chief testified on the illegal drug trade and other corruption activities at the New Bilibid Prison (NBP).

Magalong in 2014 crafted a coordinated inter-agency raid of the NBP to flush out drug convicts still engaged in the trade based on the unit’s “extensive network” of informants in the penitentiary.

The raid, however, did not push through.

Magalong said the problem at the BuCor was “structural and systemic” thus difficult to resolve, even if some previous bureau chiefs were “strong,” and yet, “corruption continues to exist.”

He proposed an organizational and management audit of BuCor as well as the acquisition of modern security systems that use artificial intelligence (AI).

Magalong said AI-driven security cameras would have facial recognition and other software that analyzes behavior, which is being used in modern prisons in other countries.

He said such a system could cost around P300 million to P400 million.

Guevarra said his first instructions to newly appointed BuCor chief Gerald Bantag is for the computerization of the bureau.

Drilon told Guevarra that the Senate will “enthusiastically increase” the capital outlay of the BuCor, whose proposed budget is up for deliberation next week by the committee on finance.

“We can find fiscal space for  project of this importance,” Drilon said.

Bantag’s appointment came with criticism as he is facing 10 counts of homicide over the death of 10 inmates following an explosion at the Parañaque City Jail in 2016 when he was still its warden. – With Evelyn Macairan