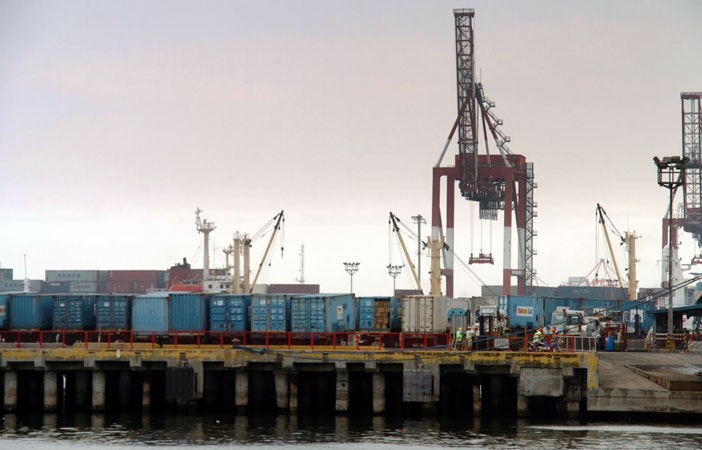 THE COUNTRY’s trade-in-goods deficit narrowed in May as a slight export growth steadied while imports contracted, the Philippine Statistics Authority (PSA) reported on Wednesday.

Merchandise export sales grew by a percent to $6.155 billion in May, matching the pace recorded in April albeit lower than the 1.7% growth in May 2018.

On the other hand, import payments contracted 5.4% year on year to $9.43 billion during the month, worsening from a 1.9% decline observed in April. This also marked a reversal from the 17.4% growth in May 2018.

The import decline was the biggest since the 5.8% contraction recorded in April 2015.

Meanwhile, the country’s total external trade in goods — the sum of export and import goods — went down three percent to $15.584 billion in May.

To date, merchandise exports were down 1.3% to $28.106 billion against the six-percent growth target of the Development Budget Coordination Committee (DBCC) for full-year 2019.

On the other hand, payment for import of goods grew one percent to $44.613 billion on a cumulative basis against the DBCC’s nine-percent projection for 2019.

That brought the year-to-date trade balance to a $16.508-billion deficit, bigger than the $15.682-billion shortfall in 2018’s comparable five months.

“Given the heft of electronics in the entire export portfolio, the decent performance in this sector carried overall outbound shipment growth,” Mr. Mapa said.

ELECTRONICS SALES BUOY TOTAL
Exports of manufactured goods, which contributed 82.6% to total export sales in May, dipped 0.4% to $5.083 billion from $5.102 billion in the same month last year.

The decline in manufactured goods was partially capped by sales in electronic products as these grew 6.2% year-on-year to $3.45 billion in May. Electronics accounted for 56.05% of total overseas sales of goods and 68% of manufactured goods.

Also dragging exports were petroleum products, which decreased by 76.6% to $2.924 million from $12.493 million previously.

On the import side, payments for mineral fuels, lubricant and related materials dropped 17.2% to $1.183 billion from last year’s $1.428 billion. This was followed by a 10.7% decline in imports of raw materials and intermediate goods to $3.569 billion from $3.996 billion and a largely flat decline in capital goods at $2.975 billion.

“UnionBank’s Economic Research Unit (ERU) expected imports to be softer as a direct result of lower government spending from January to April due to the delayed passage of the 2019 budget,” he said in an e-mail.

To recall, the government operated on a reenacted 2018 budget from the start of the year until April 15, when President Rodrigo R. Duterte signed the latest general appropriations into law, but vetoed P95.3 billion in appropriations, slashing this year’s national budget to about P3.662 trillion. Running on a reenacted budget plus a 45-day ban on public works leading to the May 13 midterm elections had left new projects unfunded in most of the first semester.

Meanwhile, Mr. Asuncion attributed the rebound in exports to “pocket opportunities” brought by an improving perception on the prospects of global economic growth.

Mr. Asuncion expects the country’s trade performance to improve in the coming months.

“ERU expects growth in imports to recover in the second half of 2019 as the government starts to play catch-up on its spending on infrastructure and other government expenditures,” Mr. Asuncion said.

“With this, exports are anticipated to continue to incrementally improve as the trade spat between the US and China moves to more positive and improving direction.”

For ING’s Mr. Mapa, “[w]e could see capital goods and raw materials recover in [the second half] on BSP (Bangko Sentral ng Pilipinas) rate cuts and the budget passage, but perhaps we may not see the blow up in the trade deficit as forecasted by some analysts.”

“The peso could see some weakening pressure on this account, but given that the trade gap may not balloon, the depreciation pressure may be less pronounced,” he added.

In a statement, the National Economic and Development Authority (NEDA) expects merchandise trade to be “better in the second half of 2019” given the country’s economic outlook remaining positive for the year.

“Global economic outlook for 2019 remains subdued as policy uncertainties and some geopolitical tensions continue to pose risks to many economies,” NEDA quoted its director-general, Socioeconomic Planning Secretary Ernesto M. Pernia, as saying in the statement.

“But amid these external developments, the country’s economic outlook remains upbeat.”