MANILA, Philippines — Men continue to dominate the top- or third-level posts in government even as more women now occupy low- to mid-level positions.

The Civil Service Commission (CSC), in celebration of women’s month, released the data yesterday to show how gender balance in the civil service still needs to be pursued.

Commissioner Aileen Lizada said the Inventory of Government Human Resources or survey of government workers conducted in December 2017 showed that out of the 1,835,118 total government personnel in the country, at least 1,016,073 or almost 60 percent are women.

The CSC explained that the career service is characterized by entrance based on merit and fitness determined as far as practicable by competitive examinations or based on highly technical qualifications, opportunity for advancement and security of tenure.

On sex classification, the survey showed that there are more female employees in the career service across all regions, representing 61.66 percent or 1,016,073 out of 1,647,891 career employees.

“These figures reflect the CSC’s recognition of the importance of women as contributors to nation-building. As the premier human resource institution of the Philippine government, CSC joins the nation in highlighting the critical role of women in our society, as well as in advancing their rights and protection, especially in the workplace,” Lizada said.

However, she noted the underrepresentation of women in third-level positions, which include the positions of undersecretary, assistant secretary, bureau director and regional director.

Lizada thus called for stricter compliance with Republic 9710 or the Magna Carta of Women, which mandates the adoption of special measures for the incremental increase of women in third-level positions in the civil service until a 50-50 gender balance is achieved.

She underscored that as the CSC strives to bring gender balance to the bureaucracy, other sectors or levels in government should follow suit by providing a viable environment for working women, especially women executives, many of whom have already proven that they can be active drivers of positive changes and reforms in government. 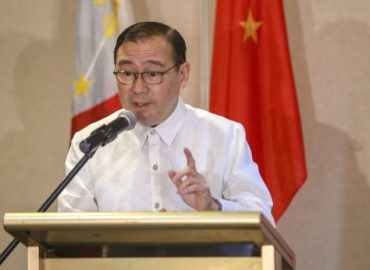