THE PHILIPPINE ECONOMY grew at its slowest pace in three years last quarter, weighed down by tempered household spending amid high inflation and farm contraction, the Philippine Statistics Authority (PSA) said on Thursday.

Gross domestic product (GDP) — the total amount of final goods and services produced within the country’s borders — grew by 6.1% year-on-year in the July-September period, slower than the revised 6.2% the preceding three months and the 7.2% growth recorded in July-September 2017, according to data released by the PSA yesterday.

Third-quarter growth also compared to the 6.3% median estimate in BusinessWorld’s poll of 15 analysts last week and was the slowest pace since the second quarter of 2015 when it clocked six percent.

Socioeconomic Planning Secretary Ernesto M. Pernia said in a briefing that the economy needs to grow by at least seven percent this quarter to hit the floor of this year’s goal.

Increase in gross national income — the sum of the GDP and net income from abroad — picked up to six percent last quarter from April-June’s 5.9% but was still slower than the year-ago 7.3%.

Mr. Pernia said that third-quarter growth was “respectable,” just below Vietnam’s seven percent and China’s 6.5% but still faster than Indonesia’s 5.2% for the same three months.

Moreover, the Philippines’ sustaining at least six percent growth for the past 14 quarters “suggests that we are now on a higher growth trajectory,” he added.

Saying economic managers were “not exactly exuberant about the 6.1% growth rate,” Mr. Pernia said: “We are concerned about third-quarter growth numbers — not because it fell below expectations… at 6.3%… not because it makes the… growth target for the year much more challenging… Rather, we are concerned because the reason for the slowdown — among others — is the slowdown in household consumption, particularly the marked slowdown in the household spending on food and other basic products.”

Growth of household final consumption expenditure clocked 5.2% last quarter compared to 5.4% a year ago and the second quarter’s 5.9%. Mr. Pernia said he expects household demand “to return to high gear this fourth quarter due to the holiday season”.

The third quarter’s GDP growth slowdown came at a time of elevated inflation, which averaged 6.6% in the same three months after September and October’s nine-year-high 6.7% pace.

The government has scrambled to temper price increases especially of food through non-tariff measures designed to clear supply bottlenecks.

It is also pushing a shift from a decades-old import quota scheme for rice to one that opens importation to all qualified private groups in order to slash retail prices by about P7 per kilogram and inflation rate by 0.7 percentage points.

Fueling growth on the demand side was government spending, whose growth accelerated to 14.3% in the third quarter from 8.3% the past year and 11.9% in the second quarter.

Capital formation surged 16.7% in the three months ended September from 10.3% in the same period last year, but slumped from 21.5% in the April-June period.

Among sectors, services continued to be the main driver of the economy, expanding by 6.9% in the third quarter, slower than 7.3% a year ago though up slightly from the second quarter’s 6.8% in the second quarter.

Agriculture, hunting, forestry and fishing dropped 0.4% compared to 2.6% growth in the third quarter last year and 0.3% in the second quarter.

Finance Secretary Carlos G. Dominguez III said in a statement that the economy is “expected to regain its stride as the government has sustained its accelerated investments in infrastructure and social services on the back of a strong fiscal position… the growth momentum would be on an upward trajectory from hereon as the government rolls out more big-ticket infrastructure projects under the ‘Build, Build, Build’ initiative in the months ahead, implements more measures to make inflation taper off closer to the government-set target in 2019, and pursues more policy reforms to make the domestic economy more conducive to investments.”

Private sector economists said in separate commentaries yesterday said that the third quarter GDP growth has set the tone for a softer policy stance from the central bank when it conducts its last two policy reviews on Nov. 15 and Dec. 13.

ING Bank N.V. Manila Senior Economist Nicholas Antonio T. Mapa said that the GDP growth data provide “ammunition for the doves to call for a pause at next week’s 15 November monetary meeting” and noted that the 150 basis point interest rate increase since May will likely weigh on consumption and investment in the quarters ahead.

“Holding off on an additional rate hike — as marginal as it may be — would give the Philippine economy the breathing room it needs to catch its breath and resume its above six percent growth trajectory in 4Q with the mid-term election in sights,” he explained.

Ruben Carlo O. Asuncion, chief economist at Union Bank of the Philippines, said that “the BSP is done with tweaks this 2018,” noting that the impact of monetary tightening can linger for a whole year from the time of tweaks.

Economists from ANZ Research, on the other hand, believe there remains some space for raising interest rates further, saying: “Even as we think that inflation has peaked, the descent is likely to be gradual.”

“This requires further policy response, in our view. As such, we expect a final rate hike of 25 basis points to 4.75% at the central bank’s December meeting.”

Despite the rate hikes, economists still see robust growth this quarter, even as high inflation and tighter monetary conditions will continue to weigh on economic activity.

“The impact of BSP rate hikes will continue to act as a drag on household consumption in coming quarters, with Q4 GDP growth likely to moderate to a pace of around six percent,” said Rajiv Biswas, chief economist for Asia Pacific at IHS Markit.

“However the Philippines’ economy is still forecast to grow at a robust pace of around 6.2% in 2019, underpinned strong construction sector growth, which will be boosted by the ramping up of infrastructure spending under the government’s ‘Build, Build, Build’ program.”

Noting that “growth in consumer spending softened in the past three quarters due to rising inflation and tightening monetary conditions.”, Land Bank of the Philippines market economist Guian Angelo S. Dumalagan said: “With inflation expected to weaken towards the end of the year, we might see some acceleration in consumer spending and perhaps an improvement in capital formation this quarter. This might translate to a growth of at least 6.3% in the last three months of the year.” 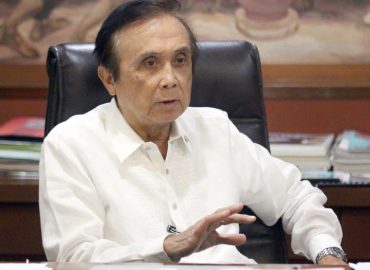