Manila, Philippines — The government ramped up its budgetary support to state-run firms by nearly five-fold in July, largely driven by subsidies to the health sector, according to the Bureau of the Treasury.

Data showed that subsidies to government-owned and controlled corporations (GOCCs) in July soared by 399 percent to P30.32 billion from just P6.08 billion in the same period last year.

The government grants subsidies to GOCCs as a way of covering operational expenses that are not supported by their own revenues.

For July, the biggest or 74 percent of total subsidies went to the Philippine Health Insurance Corp. at P22.46 billion. PhilHealth did not receive any subsidy in July last year.

The National Irrigation Administration secured the second highest subsidy at P5.87 billion while the National Power Corp. came in third with P400 million.

Other top recipients during the month include the Development Academy of the Philippines with P214 million, Light Rail Transit Authority with P162 million and the Sugar Regulatory Administration with P157 million.

For the seven-month period, subsidies went down by 20.51 percent to P75 billion from P94.36 billion a year ago.

In July, government expenditures went up by almost five percent to P395.4 billion even as revenues improved by 21 percent to P308.6 billion.

The government managed to narrow its deficit by 28.4 percent to P86.8 billion during the month.

Subsidies for GOCCs dipped almost 20 percent to P185 billion last year after the government slowly removed budgetary support for state-run firms as the economy reopened from the pandemic. 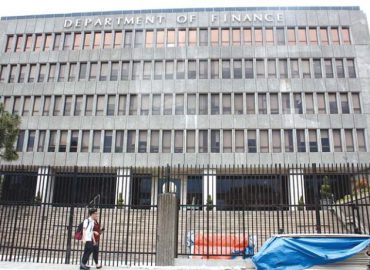