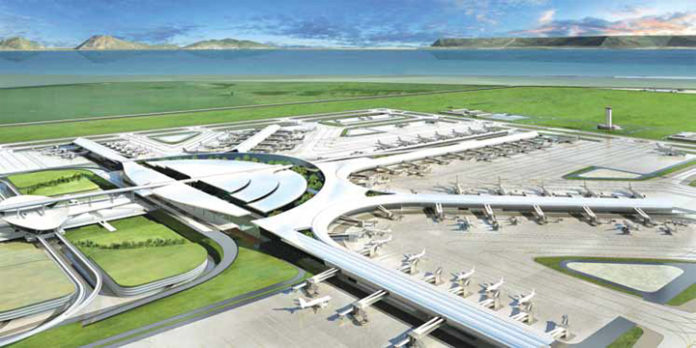 SAN Miguel Corp. (SMC) plans to set up a private equity fund to assure banks and other financing institutions that the company has the capacity to repay its future loans for the construction of the $15-billion Bulacan International Airport.

To initially set up the private equity fund, SMC will put in about $5 billion in equity, which represents roughly 30 percent of the project cost, Ramon S. Ang, the company’s president, explained.

“The shareholders of San Miguel will come up with new equity—private equity capital—so that the banks will be assured of our capacity,” he said. The group is looking at Chinese and American banks for the loan facility.

Ang noted that his group might be able to secure suppliers’ credit, “which removes the problems.”

“We received a proposal from one big company—a Fortune 500 company—that offered to finish the project and finance the operations for 15 years after,” he said.

He did not elaborate.

Wednesday saw the Department of Transportation (DOTr) issuing the notice to proceed to SMC for its $15-billion Bulacan International Airport unsolicited proposal, which was roughly four years and two administrations in the making.

“This is our single largest contribution to the Philippine economy, and our biggest investment in the country, thus far,” Ang said. “Airport development is very important, and with this, our vision is set to become a reality.”

He noted that the aerotropolis, which will have a capacity of 100 million passengers annually, is expected to contribute roughly P900 billion per year to the Philippine GDP by 2025, as it is envisioned to “fuel trillions of dollars in economic activity.”

To be built on a 2,400-hectare property in Bulakan, Bulacan, just north of Metro Manila, the airport will have four runways, eight taxiways and three passenger terminals.

It also has provisions for future expansion to sport six runways and to accommodate 200 million passengers per year. “It will help raise tourism levels to 30 million annually, similar to Thailand; generate over a million direct and indirect jobs, revive local industries and give rise to new ones, accelerate exports, and help our country attract more foreign investments,” Ang said.

“Let it be a battle of commercial benefit and the riding public will benefit from it,” he said.

Aside from the airport facilities, SMC will also build a dedicated toll way to improve accessibility to the air hub. The company also plans to construct a railway system connecting the airport to the future Metro Rail Transit (MRT) Line 7.

Ang said the company hopes to break ground for the Bulacan International Airport within the year, as it starts the public bidding for the construction works of the airport. SMC targets to complete the project within five years.