The realignment of nearly P52 billion in the House of Representatives’ version of the P3.757-trillion proposed budget for 2019 won’t save the newly funded projects from Senate scrutiny, senators said on Wednesday, vowing to delve into the justification for what they called “capricious” new allocations.

Sen. Panfilo Lacson said that he would seek to delete the allocations if they were unjustified.

He said the allocations might not be the only pork in the spending bill. Pork funds for pet projects of lawmakers are known sources of kickbacks.

Senate Minority Leader Franklin Drilon said members of the minority and the majority in the chamber would cross party lines to ensure the transparency of the spending program for 2019, an election year.

“I think the whole Senate is unanimous on this. We will cross party lines in order to make sure that the budget is transparent and is consistent with the priorities as laid out in the economic plans,” Drilon told reporters.

Led by Majority Leader Rolando Andaya Jr., the House of Representatives on Tuesday realigned P51.8 billion in the budget of the Department of Public Works and Highways (DPWH) to various agencies.

The realignment came after two days of squabbling between Andaya and Davao City Rep. Karlo Nograles, the appropriations committee chief, who objected to the majority leader’s move to modify the panel’s version of the budget bill, particularly the moving around of P55 billion in suspected pork.

Lacson said the point was that projects funded in the budget must be backed by a study or coordination with the concerned department where the funds would be lodged.

Otherwise, parking funds there would just be a whimsical or capricious act and would make the allocations pork, he said.

Lacson said the 2013 Supreme Court ruling against the graft-ridden pork-barrel system not only referred to postlegislation identification of projects.

Any informal practice of similar import and effect that the court deems acts of grave abuse of discretion amounting to lack or excess of discretion is also void, he said, citing the ruling.

In the case of the projects to which the House realigned funds on Tuesday, he asked if the projects were backed by a study or if the removal of the funds from the DPWH had been  coordinated with the agency.

“I suppose [it was not]. It became whimsical and capricious, it appears, the move that was done by the congressmen identified with Speaker [Gloria Macapagal-] Arroyo and Representative Andaya,” Lacson told reporters.

Grave abuse of discretion means something was done that did not pass through careful study in coordination with the agencies involved, he said.

“We will ask if there was consultation done with the concerned agency, did this go through its careful study. If not, then there was grave abuse of discretion on the part of the congressmen who were the proponents of the realignments,” he said.

If the projects would not be justified, he said he would ask that these be deleted and the funds realigned to other projects.

The lack of study poses the risk that the projects may not be implemented properly or prone to corruption, Lacson said.

“Let’s face it. There are fights over pork because there are commissions. If you talk to contractors, as I have, they say the commission has gone down to 10 percent for the lawmakers, but they also shell out something for the agencies,” he added.

Drilon said he would try to determine whether the projects to which funds were realigned  were among the administration’s priorities.

He would also look into the source of the funds, he said.

“It’s a question now of whether it’s a correct prioritization of projects for which public funds will be allocated. For example, we will object to the reduction in the [personnel services] budget of the [Department of Health] to satisfy certain favorite projects,” he said.

Nograles rejected the senators’ impression that the squabble in the House was over pork, saying the proposed budget was drawn up by the Department of Budget and Management (DBM) after consultations with regional development councils, local government officials and lawmakers.

“We stick by [our] position that it is impossible for any insertions to be done in the [National Expenditure Program, or NEP] because that purely comes from the executive department,” Nograles said in a statement.

Malacañang submits the NEP to Congress and, according to Nograles, “[t]his is what we debate on and discuss [during plenary deliberations].”

Opposition Rep. Edgar Erice of Caloocan City credited Arroyo for the scrapping of what he called “misplaced and questionable” funds in the budget.

Erice said the allocations were initiated by “a conspiracy of those who are in control of preparing the National Expenditure Program.”

In a statement, Andaya said the “approved amendments” to the budget would be itemized.

“There will be no postenactment identification, which is prohibited. It should be spelled out,” he said.

Nograles appeared to have set aside his disagreement with Andaya.

He described the report prepared by the committee of the whole as “much better” than his committee’s report.

“At least you can see that the funds taken from [one department] will go directly to these certain departments and items in the different departments,” he said.

In her sponsorship speech on Tuesday, Compostela Valley Rep. Maria Carmen Zamora said the government would borrow more than P1.18 trillion, including P282.7 billion from foreign entities, to finance next year’s budget.

After Tuesday’s session, Arroyo hosted dinner for several congressmen, including Andaya and Nograles.

Photos released by the Speaker’s office showed the two shaking hands and sharing light moments with Arroyo and other lawmakers. —WITH A REPORT FROM JEROME ANING 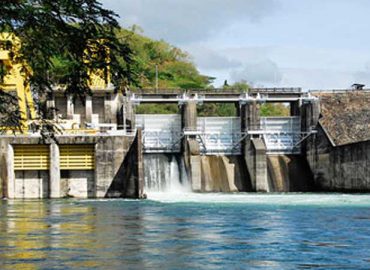