SENATORS prodded State regulators on Tuesday to impose sanctions on private concessionaires that fail to deliver water as committed in their contracts with regulators, amid the massive water shortages in Metro Manila and Rizal province.

The suggestion came up at a public hearing as the Senate Committee on Public Services, chaired by Sen. Grace Poe, opened an inquiry on the water-supply interruptions, grilling representatives of private concessionaires Manila Water and Maynilad.

Also on Tuesday, the country’s largest business group, the Philippine Chamber of Commerce and Industry (PCCI), issued a statement demanding more accountability on the part of water concessionaire Manila Water for its failure to prevent and subsequently manage the water shortage in its East Zone area.

At the outset of the Senate hearing, Poe pointed out that the inquiry in exercise of Senate oversight function was intended to enlighten consumers “as to the flow of our water from its main supply to faucets in our household, the current system in place, what went wrong and how do we effectively respond with immediate and long-term solutions and move forward.”

This, she added, was why the committee invited resource persons representing consumers, household, other affected sectors including hospitals, supermarket associations and end-users.

Sen. Panfilo M. Lacson Sr., at the same time, castigated Manila Water for passing on to its customers the expenses for the planning and construction of the Cardona water-treatment plant even as it was already three months delayed. Lacson noted this was the main cause of the latest incident of extended water shortage.

Sen. Risa Hontiveros said an apology from the water suppliers was not enough, sympathizing with affected hospitals also hit by the water crisis.

The Poe committee was informed that the supply deficit could add up to 100 million liters a day (MLD) as the La Mesa reserve reached critical level since March 6, preventing the supplier from drawing water to reach their treatment plant in Balara.

In a statement, Hontiveros asserted that the water supplier’s apology to the affected 1.2 million households was “not enough,” and it should compensate consumers inconvenienced by the shortage.

Hontiveros, who chairs the Senate Committee on Health, suggested that “all those exposed to health risks as a result of Manila Water’s failure to meet its service obligation should be fairly reimbursed, citing for instance the National Kidney Transplant Institute, which, she added, was forced to cut the number of dialysis patients scheduled for treatment at the height of the water-supply shortage.

The senator stressed Manila Water “must also compensate all affected households and businesses for lost time, gross inconvenience and loss of profit…”

She added:  “While Manila Water’s public apology and act to hold itself responsible for the water shortage are recognized, a fair and just compensation to the consumers is in order. It is one of the best ways to demonstrate its firm commitment to public accountability and restore consumer trust and confidence.”

According to Hontiveros, Manila Water’s concession agreement “clearly stipulates that the regulatory office can impose financial penalties on the concessionaire if its failure to meet its service obligation adversely affects public health or welfare.” In fact, she added,  “all penalties received by the regulatory body will be rebated to affected consumers.”

In its statement issued on Tuesday, the PCCI said, “the economic impact of this shortage cannot be swept under the rug.” The group claimed many businesses had to shut down or limit their operations, and services were disrupted due to the water crisis.

The PCCI prayed “there will be some form of reckoning for this issue,” as “it is too important and critical to our people’s well-being and our economy.”

It also appealed to the government to put in place policies that will prevent the water shortage from happening again. The group also demanded that a mechanism be implemented penalizing responsible parties.

“We believe that a true socially responsible company with high corporate governance standards will be sincere in their efforts to rectify the situation and will not skirt or avoid responsibility,” the statement read.

Last week, Manila Water had to interrupt its supply in most of its service areas, as the water level at the La Mesa Dam fell to critical levels in the face of El Niño and higher demand. La Mesa Dam is Manila Water’s contingency since it dried up its allocation from Angat Dam at 1,600 MLD. 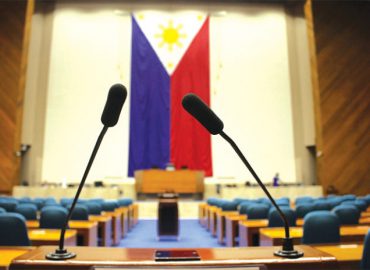