The government could have a new budget by the middle of next week depending on how fast the senators could convince their colleagues in the House of Representatives to give up the billions of pesos in pork that they had embedded in President Duterte’s spending program for this year.

The senators plan to approve the P3.8-trillion proposed budget for 2019 on second and third reading next Monday and go straight into conference with the representatives on the same day, Senate Majority Leader Juan Miguel Zubiri told reporters on Thursday.

Sen. Panfilo Lacson said in a radio interview that the Senate-House conference could be “a bit bloody” because of what he expected to be vast differences between the two chambers’ respective versions of the budget bill.

Lacson expects the representatives to fight tooth and nail to keep the billions of pesos in straight earmarks for their districts that they had written into Malacañang’s spending plan.

Among those are the P2.4 billion added to the second district of Pampanga province, whose seat in the House is held by Speaker Gloria Macapagal-Arroyo, and the P1.9 billion given to the first district of Camarines Sur represented by House Majority Leader Rolando Andaya Jr.

And there’s the P75 billion added to the budget of the Department of Public Works and Highways (DPWH) without the knowledge of the agency’s chief, Mark Villar.

The representatives took too long to finish the job so that by the time they approved the measure on Nov. 20 last year, it was already too late for the bill to clear the Senate before Congress broke up for Christmas.

The government is operating on the reenacted 2018 budget, which is also about P3.8 trillion, but Budget Secretary Benjamin Diokno told reporters on Wednesday that Malacañang was unwilling to make do with the old budget for the whole year, as it needed fresh funds to finance major projects.

Diokno urged the lawmakers to pass the 2019 budget as soon as possible or President Duterte would call a special session of Congress to enact the spending bill.

If one session is not enough, Duterte will call a special session “again and again” until the bill hurdles Congress, Diokno said.

That would cut the lawmakers’ campaign time for the midterm elections in May, something Diokno said the legislators would not allow so he expected them to pass the budget soon.

No need for pressure

But presidential spokesperson Salvador Panelo said on Thursday that Malacañang saw no need to use pressure on Congress.

“There’s no need. I am sure they will be passing that,” Panelo told reporters.

He said he met Arroyo recently and that she said the budget would “most likely pass.”

“She did not say when but she said it’s almost passed,” Panelo said.

In the Senate, Zubiri said the senators aimed to ratify the final version of the budget bill by Wednesday.

The Senate is expected to introduce amendments to the bill before approving it on third reading.

A major amendment would be the realignment of some or all of the P75 billion that had been added to the DPWH budget.

Lacson questioned the additional amount on Monday, asking how the projects that the money was supposed to fund could be implemented if the DPWH did not know that it had received a bonanza.

Sen. Loren Legarda, chair of the Senate finance committee who was defending the administration’s budget, said the additional funds did not come from the initiative of the DPWH and that Villar had admitted having no prior knowledge of the “insertion.”

Villar’s admission prompted the senators to agree to delete the P75 billion from the budget.

The Senate, however, is still looking where to reallocate the money.

A possibility, Lacson said, is using part of it to restore the P24 billion for the operation of new health centers that had been cut from the Department of Health’s budget.

Lacson said that in the House, the P75 billion was distributed to the districts of legislators close to Arroyo.

The P75 billion is suspected to have been added to the DPWH budget to fund the projects of lawmakers close to former Speaker Pantaleon Alvarez.

Lacson said on Tuesday that he would not allow a “pork-to-pork” realignment of the P75 billion.

He suggested many projects that could use the money, including slope protection for roads in Baguio, La Trinidad, Itogon, Sablan, Tuba and Tublay in the mountainous north to prevent landslides.

Lacson said the DPWH must consult with the Mines and Geosciences Bureau and other agencies to make sure its computations were not bloated. —WITH A REPORT FROM JULIE M. AURELIO 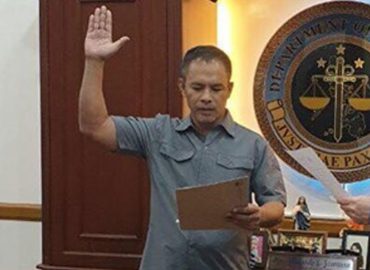 BuCor chief to push for retraining of officers