The Senate Ways and Means Committee will not proceed with deliberations on the proposed second tranche of the Tax Reform for Acceleration and Inclusion (TRAIN 2) unless state economic managers can present definitive data on the impact of the tax reform program on jobs.

During Tuesday’s hearing, Department of Finance (DOF) Undersecretary Karl Chua insisted that more jobs would be created in the long run under House Bill No. 8083 that the House of Representatives had earlier passed.

But Department of Labor and Employment (DOLE) Director IV Dominique Tutay admitted that the second package of tax reform which seeks to lower corporate income tax while cutting incentives might lead to job losses.

Tutay said the DOLE and DOF have yet to complete their joint study on the impact of the TRAIN 2 on employment.

“I’m surprised that the Lower House passed this measure even without such study. The government should really take this issue on jobs seriously,” said Angara.

“The bill should stay true to its name – that it would create more jobs rather than kill them,” he stressed.

Senators also lamented the non-appearance of the National Economic and Development Authority (NEDA) representative during the hearing.

The panel was expecting NEDA to present its cost-benefit analysis of the incentives, but no representative was present at the hearing.

DOLE revealed that based on their job displacement monitoring, 30,000 jobs in the industry and services sectors were lost in the first quarter of 2018.

The Semiconductor and Electronics Industries in the Philippines Foundation, Inc. (SEIPI) has also released a statement that the bill would force them to lay off 140,000 workers.

Several multinationals are also now locating their expansions outside the country due to the uncertainty of keeping their tax incentives here.

DOLE officials said it would be able to complete its study on the impact on jobs in two weeks.

The House’s version of the measure provides for a P500-million worth of cash grants for displaced workers and an additional P500-million would be allocated for targeted trainings and skills upgrading.

Chua explained that these are just “contingency funds for possible job losses.”

Based on data from the DOF, a total of 1.7 million jobs were generated by companies registered with investment promotion agencies (IPAs).

But Angara stressed that the primary goal should be to create high-paying jobs, especially in the countryside.

“It seems that the grant of incentives is uneven across regions. We want to spread growth and development in the provinces,” he said.

“Ang hangarin po natin ay lumikha ng trabaho sa rural areas para tulungan silang umangat sa kahirapan (Our goal should be to create more jobs in the rural areas so we can help them rise out of poverty),” Angara said. 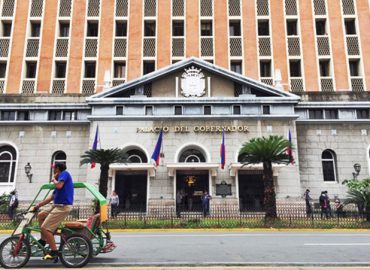 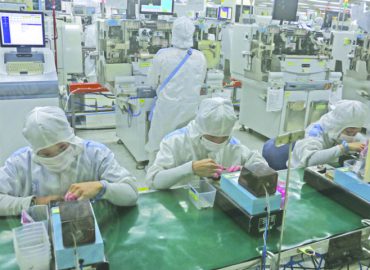