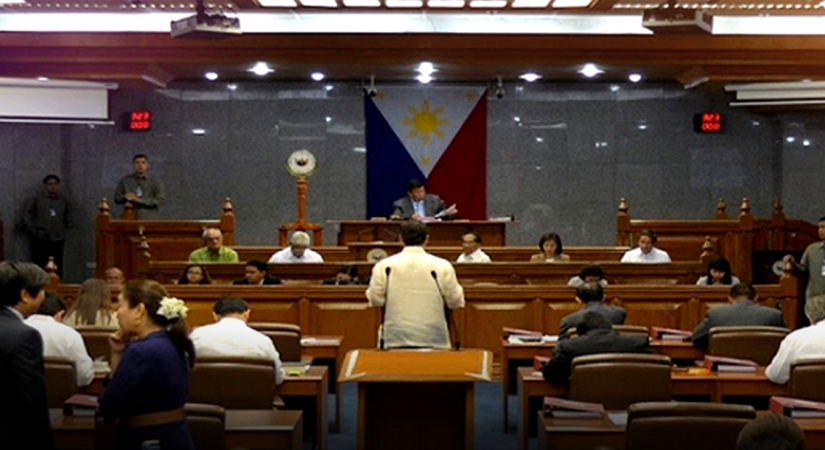 THE PROPOSED P4.1-trillion national budget for 2020 is now comfortably on track for year-end enactment, following advanced approval of the spending plan last Friday at the House of Representatives, a Senate leader said last weekend.

“Perhaps,” Senate President Vicente C. Sotto III said in a mobile phone message on Saturday, when asked if the Senate can similarly approve the budget ahead of schedule.

“At least we will not be cramming or stepping on our toes to finish quickly,” he added.

“We can, most probably, be done on third reading before December.”

Senator Juan Edgardo M. Angara, chair of the Finance Committee, for his part, said in a separate text message: “So far we are on schedule to pass the budget in time for next year.”

Mr. Angara had directed finance committee vice-chairmen to finish hearing the budgets of government offices assigned to them before Congress goes on an Oct. 4-Nov. 3 break. He added that it is “too early to tell” whether there will be major differences in the two chambers’ budget versions that could stall discussions in the bicameral conference committee, tentatively scheduled on Nov. 25-Dec. 8.

The House of Representatives on Friday evening approved on third and final reading House Bill No. 4228, or the proposed General Appropriations Act for Fiscal Year 2020, two weeks ahead of its self-imposed Oct. 4 deadline.

The chambers target submission of the budget to the Office of the President by Dec. 15.

President Rodrigo R. Duterte had certified the national budget as urgent, allowing the House to approve it on second- and third-reading on the same day.

This was intended to prevent a repeat of late enactment suffered by the P3.662-trillion 2019 national budget that deprived new projects of funds for much of last semester. That resulted in a muted 5.5% first-half economic growth that compares to a 6-7% official full-year target for 2019.

The House version, according to Appropriations Committee Vice-Chairman Jose Ma. Clemente S. Salceda, includes a P100-million allocation to each congressmen.

Mr. Angara told reporters last Sept 19 that the allocation is acceptable, provided “these are not lump sums” and that projects to be funded are “pre-identified.”

On of the issues that caused late enactment of the 2019 national budget was the alleged insertion of P95-billion allocations even after the spending plan had already been ratified by both chambers of Congress, hence, ready for submission to Malacañang.

Mr. Duterte vetoed those allocations when he signed the 2019 budget into law three-and-a-half months late on April 15, saying they were not in sync with his administration’s priorities. — Charmaine A. Tadalan

Legislative franchises for telcos should be removed–PIDS study

P20-billion amendments in budget worked in by House panel