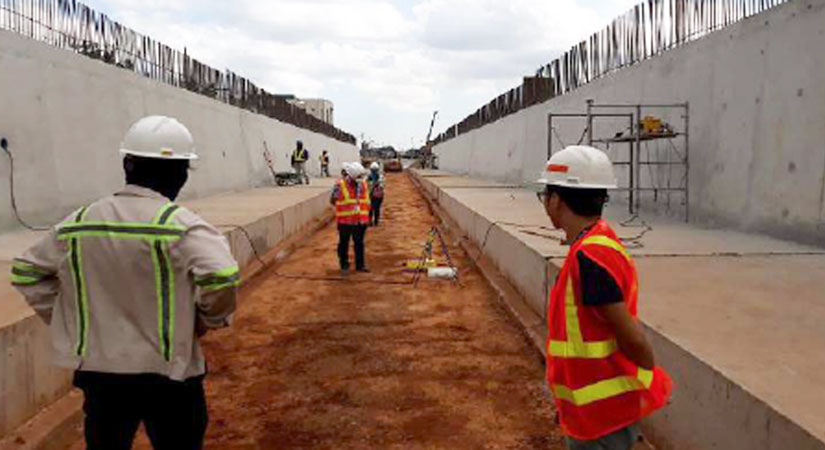 A RESOLUTION filed in the Senate calls for an inquiry on the implementation of infrastructure projects under the “Build, Build, Build” program and its reliance on official development assistance (ODA), particularly from China.

In Senate Resolution No. 221, Senator Sherwin T. Gatchalian noted that “the government’s flagship infrastructure program has been hounded by several issues, including delays in project implementation, onerous terms of the loans secured from China, as well as concerns about increased reliance on ODA loans with China.”

Citing National Economic and Development Authority (NEDA) data, the resolution noted that 59 of the 75 flagship projects on the old list were to be funded by ODA, of which 19 — accounting for a fourth or P515 billion — were to come from China.

“Chinese ODA tends to lean towards export promotion rather than welfare and economic growth, and prescribes no less than 50% of total procurement for such loans to be done in China or performed by Chinese companies employing Chinese workers,” the resolution read, arguing further that “Chinese ODA loans deprive ordinary Filipino workers of the opportunity to work and partake of the benefits of the loan that Filipino taxpayers will be paying for.”

Saying she had yet to read the resolution, NEDA Undersecretary Rosemarie G. Edillon said by phone on Sunday: “Of course, we will cooperate (with the inquiry).”

The government has revised its list of flagship projects, increasing the number to 100 from 75 and including more to be funded by public-private partnerships (PPP) — a mode initially relegated by the current administration to local projects, saying that projects under this framework took longer to move from conceptualization to construction.

Twenty-two projects worth P167.95 billion will be funded by the national budget; 49 projects costing P2.31 trillion will be ODA-funded while the 29 others will be PPPs that will cost the government P1.77 trillion.