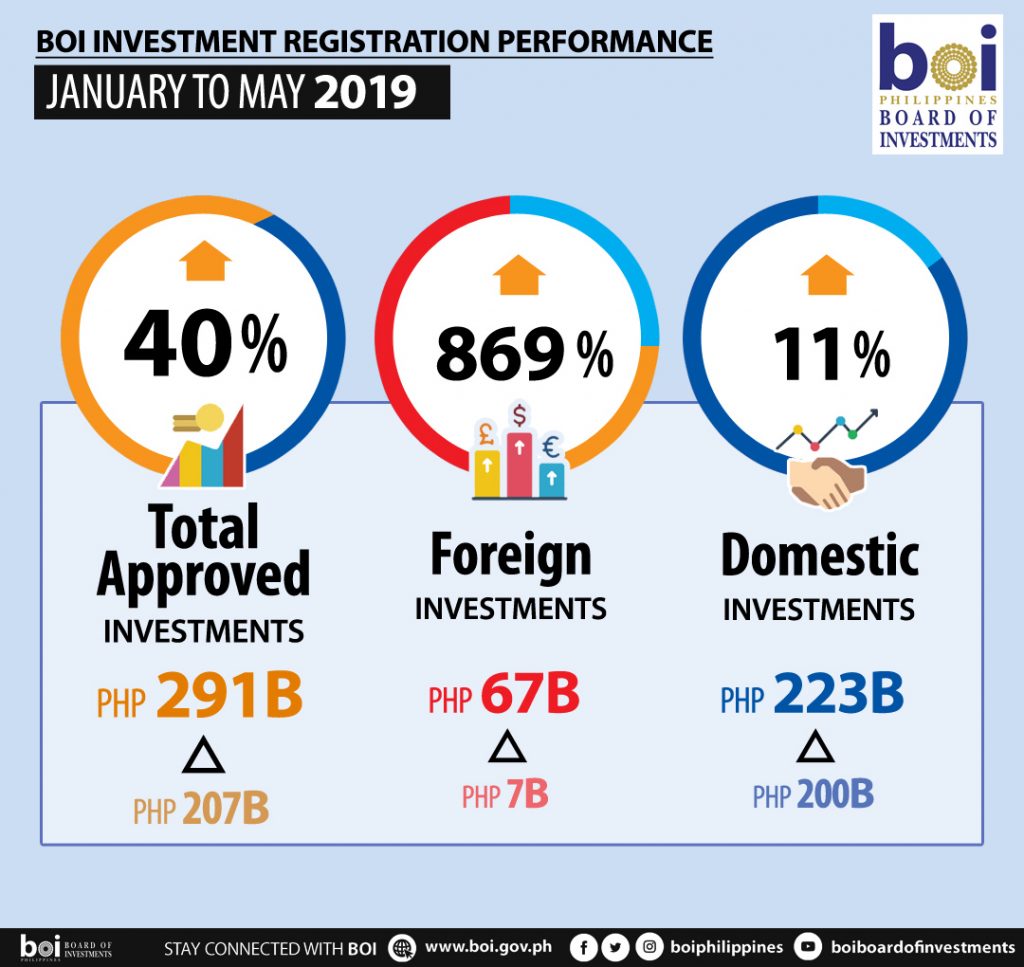 Image Credit to Board of Investments

THE SENATE Economic Affairs Committee is “catching up” in deliberations on proposed amendments to the decades-old Republic Act No. 7042, or the Foreign Investments Act (FIA) of 1991, the panel’s chairman said on Monday.

“As you know, the Senate is behind the calendar of the House. They’ve already passed it, we haven’t. The President is urging us to enter into a bicameral talks ASAP…,” Senator Imee R. Marcos, committee chairperson, said at Monday’s hearing.

The panel was tackling Senate Bill Nos. 418, 919 and 1024, which propose to amend the law primarily to allow foreigners to practice their professions in the Philippines and to make it easier for them to set up small businesses here.

Ms. Marcos said while President Rodrigo R. Duterte did not give a deadline, he had asked for approval of the proposed FIA amendments in his third and fourth State of the Nation speeches.

“Sa 17th Congress pa isinalang na ‘yan; tapos ‘yung Kongreso… two weeks ago pa, so talagang naghahabol tayo (That reform was introduced in the last Congress and was approved in the House of Representatives two weeks ago, so we are really pressed for time) I’m playing catch up…” Ms. Marcos told reporters after the hearing.

Asked if she sees approval by yearend, Ms. Marcos replied: “I hope so, it’s been done in the House, I don’t see why the Senate can’t do it.”

The House on Sept. 9 approved House Bill No. 300 on third and final reading. The House version excludes “practice of profession” from coverage of the Foreign Investment Negative List (FINL) that lists sectors reserved for Philippine nationals.

It also proposed to reduce the minimum employment requirement to 15 from 50 direct local hires for small- and medium-sized domestic enterprises that are established by foreign investors with paid-in capital of at least $100,000.

American Chamber of Commerce of the Philippines, Inc. Senior Adviser John D. Forbes, who represented the Joint Foreign Chambers (JFC) in yesterday’s hearing, supported the said provision, saying: “The concept of this is to continue to allow foreign investors to go into these sort of residual areas, smaller areas, but they can’t obviously afford 50 employees.”

“We would encourage the Senate version to also adopt that.”

None of the three Senate bills provided for the reduced minimum employment requirement.

Mr. Forbes said the JFC also backs annual review of the FINL, instead of once every two years. The 11th FINL was updated in October 2018, three years and five months since the preceding FINL was issued in May 2015.

This reform nearly made it out of the 17th Congress after securing third reading approval in the House last January, but failed to hurdle the Senate before the June 3 adjournment.

It is among the measures the Cabinet economic development cluster wants approved by the end of the first regular session of the 18th Congress on June 5 next year. — Charmaine A. Tadalan