MANILA – The Senate ended its marathon debates Friday on House Bill (HB) 4488 or the PHP5.268 trillion 2023 proposed national budget, with the Commission on Higher Education’s budget as the last agency tackled.

Senate President Juan Miguel Zubiri and 15 other senators closed the period of interpellations and gave his colleagues, staff and all government agencies pats on their backs for defending their proposed budgets.

“We recognize the need to support marginalized sectors of our society, but this should be targeted, which means only those in dire need should receive aid from the government,” Gatchalian said in a news release.

He said the Senate instituted social safety nets such as subsidies for fuel, subsidies for the poorest of the poor and other energy-related subsidies as they expect external factors such as the Russia-Ukraine issue and the Covid-19 pandemic to persist in 2023.

“As long as the Russia-Ukraine conflict is there, crude oil prices are likely to be around USD90 per barrel by next year and we see local pump prices to hover around PHP70 to PHP90 per liter. This means we still need to give subsidy, but this should be targeted,” he said.

Financial assistance include the subsidy for the transport sector called the Pantawid Pasada Program and the Pantawid Pamilyang Pilipino Program (4Ps) for the poorest of the poor.

Other energy-related subsidies are the electrification programs of the Department of Energy (DOE) and the National Electrification Administration (NEA); fuel and off grid electrification for rural areas; and the Electric Cooperatives Emergency and Resiliency Fund (ECERF) for electric cooperatives in restoring distribution lines damaged by typhoons and other natural calamities.

“The Senate is making sure that protective mechanisms that would support vulnerable sectors are sufficiently backed in terms of budgetary support,” Gatchalian said.

The marathon debates in the Senate started on Nov. 10 with the PHP8.9 billion proposed budget of the Office of the President.

The Senate is expected to pass HB 4488 on second and third readings next week and will proceed to a bicameral conference with the House of Representatives to fix and agree on disparities of the two versions. 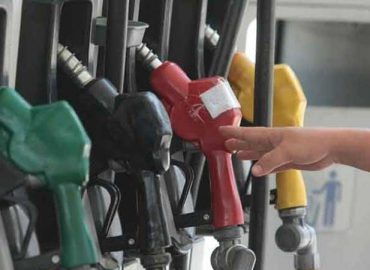