THE bill creating judges-at-large positions in the lower courts was endorsed for plenary approval in the Senate last Monday.

Senate Bill No. 2065 or the proposed Judges-At-Large Act of 2018 seeks to amend Batas Pambansa Bilang 129 or the Judiciary Reorganization Act of 1980.

In a statement, Senator Juan Edgardo M. Angara, one of the bill’s authors, said the judges at-large will help ensure the speedy resolution of cases and the unclogging of court dockets.

“This measure is but another step in our long-standing quest to make sure that justice is never delayed and denied in the Philippines,” he said.

He cited a study by the National Statistical Coordination Board from 2005 to 2010 which showed that the lower courts had an annual average load of 1,059,484 cases.

Under the bill, the length of the temporary assignment of the the judges-at- large shall not exceed six months without consent of the judge concerned.

The Judicial and Bar Council (JBC) is tasked to recommend to the President the appointees to the judges-at-large positions. They may also recommend them for permanent sala.

They are also entitled to salaries, privileges, allowance, rank and title, and other benefits of their counterpart judges.

To compensate for their mobile nature, they will also be given “displacement allowances” to cover their housing, food, transportation, and other necessary expenses incurred during their detail to courts outside their places of residence.

Aside from Mr. Angara, Senators Sherwin T. Gatchalian, Richard J. Gordon and Loren B. Legarda are authors of the bill.

Its counterpart measure in the House of Representatives was passed in May 15. 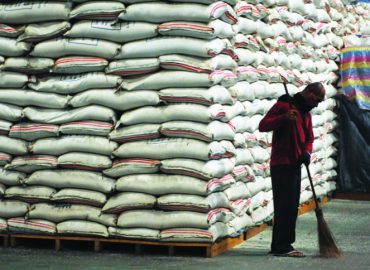