THE Supreme Court on Tuesday directed the Metropolitan Manila Development Authority (MMDA) to justify the implementation of its new regulation banning provincial buses from Edsa (Epifanio delos Santos Avenue) as part of its measures to ease traffic congestion in the metropolis.

The MMDA was given 10 days from receipt of the copy of the SC’s resolution to file its answer to the three petitions questioning the legality of MMDA Regulation No. 19-002.  The implementation of the regulation, however, has reportedly been shelved to allow a further study of its impact on the commuting public as well the traffic problem in Metro Manila.

The regulation—passed on March 26, 2019 by the Metro Manila Council (MMC) for implementation in July—prohibits  all provincial buses from using Edsa and revokes all permits issued for the operation of bus terminals and other public utility vehicles.

The petitioners argued that  Republic Act 7924, the law that created the MMDA, does not give the agency police power or legislative power to implement.

They claimed that the MMDA “exceeded its powers” when it issued the regulation “because it does not possess legislative nor police powers.”

While the ban on PUBs from EDSA was based on the order of President Duterte, the petitioners said its implementation should be based on existing law.

Furthermore, the petitioners pointed out that the MMDA regulation would violate the PUBs’ existing franchises as issued by the Land Transportation Franchising and Regulatory Board (LTFRB) and the existing lease agreements between the operators of the PUBs and their terminal owners.

They said the issuance of the regulation is tantamount to an exercise of police power which the MMDA and the Metro Manila Council (MMC) do not possess.

They also insisted that provincial buses are not the main cause of traffic congestion on Edsa, but city buses and private motor vehicles. The measure will address the traffic problem along Edsa and other thoroughfares, according to Salceda.

He noted that while 6,000 northbound and southbound provincial buses will be banned from plying Edsa, the LTFRB is expected to allow some 14,000 new black-painted Premium Taxis to transport the more than 50,000 passengers daily from the stop-off points.

Salceda said the MMDA should have managed the 800,000 utility vehicles, 400,000 cars, 120,000 trucks and 1.4 million tricycles fighting for every available space in the streets of Metro Manila, instead of banning the provincial buses from plying Edsa. The three petitions pointed out that there were no public consultations before the MMDA regulation was issued. 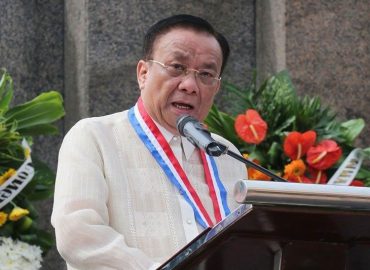