THE Supreme Court on Tuesday directed Budget Secretary Benjamin E. Diokno to comment on the petition seeking to compel his agency to release the fourth tranche of salary increase for government workers amounting to at least P42.7 billion.

The order was issued by the Court during its regular full court deliberations on various cases, which is being held every Tuesday.

The petition was filed by House Majority Floor Leader Rolando G. Andaya Jr. and several government workers, who named Diokno and his department as respondents.

The petitioners sought the issuance of a writ of mandamus with prayer for preliminary mandatory injunction to compel Diokno to perform his ministerial duty to release the funds for the fourth tranche of increase and adjustments as provided under Executive Order 201 (Modifying the Salary Schedule for Civilian Government Personnel and Authorizing the Grant of Additional Benefits for Both Civilian and Military Uniformed Personnel) starting January 2019.

The petitioners insisted that the Department of Budget and Management (DBM) has no legal basis to withhold the release of funds despite the delay in the passage of the 2019 General Appropriations Act.

They pointed out that there are available alternative sources of funds for the fourth trance of salary increases even with the reenactment of the 2018 budget.

One of the possible sources of the funds, according to the petitioners, is the Miscellaneous Personnel Benefits Fund (MPBF).

The MPBF has a total amount of  P99.44 billion, which is more than enough to cover the salary adjustment for the fourth tranche.

MEANWHILE at the House, newly-installed House Committee on Appropriations Chairman Andaya  vowed the speedy passage of the 2019 budget, as he expressed confidence that both chambers of Congress would find a middle ground on the disagreeing provisions of the budget measure.

“This refutes the repeated lies peddled that the House wants a re-enacted budget when all our actions prove that we want a new one,” he said in a news statement issued on Tuesday.

Andaya said lawmakers from the House and Senate met on January 22, Tuesday “to set the ground rules for an orderly, transparent and speedy bicameral conference on the 2019  national budget. “The meeting came less than a day after the Senate passed its version of the 2019 national budget on January 21.

“As to their amendments, we are confident in finding a common ground that will benefit the people and fund the progress that they deserve. No healthy difference on policy questions is irreconcilable,” he said. “I have made my position clear. The House contingent will push for full transparency in the bicameral conference deliberations. We know that our senators want the same,” he added. 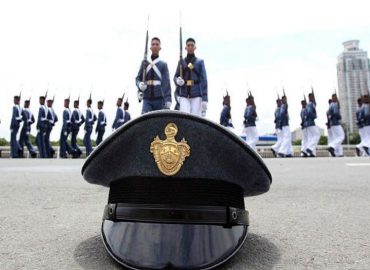