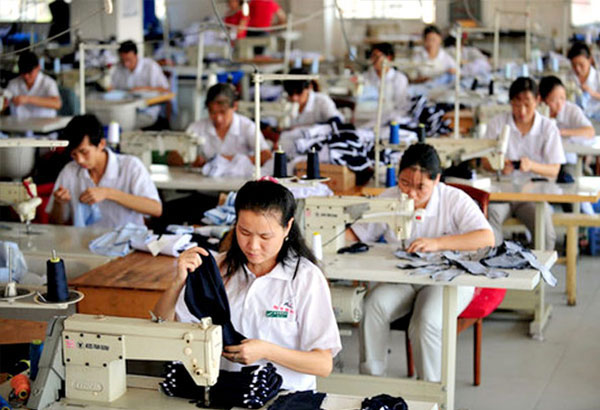 THE Philippines will only benefit from the tariff war between the world’s largest economies if the current menu of fiscal incentives is retained, as this will attract manufacturing firms fleeing China, industry leaders said on Tuesday.

As such, they called on legislators to rethink their proposal of rationalizing incentives granted to locators in economic zones. Should lawmakers pursue this plan, the businessmen said the Philippines will totally lose out of the opportunity to attract some of the investments China is squandering due to its trade conflict with the United States.

American Chamber of Commerce of the Philippines (AmCham) Senior Advisor John D. Forbes said Manila should exploit the capital flight from China due to its trade tussle with the US by improving the Philippines’s investment climate.

“AmCham has been tracking media reports of relocation of manufacturing firms out of China and sharing them with the DTI [Department of Trade and Industry]. Unfortunately, the Philippines is rarely mentioned as an alternative site, [and] we believe this can and should be changed soon,” Forbes told the BusinessMirror.

The Philippines, he argued, can net some of the fleeing investors if the government reduces the corporate income tax (CIT) rate, retains the current set of incentives and shows businesses are protected here—all of which can be achieved if the Corporate Income Tax and Incentives Rationalization Act (Citira) bill is modified.

Under the Citira bill, the CIT will be trimmed from 30 percent at present to 20 percent by 2029, which many investors find too cumbersome. It will also rationalize incentives granted to economic zone firms, including the 5-percent tax on gross income earned paid in lieu of all local and national taxes, which locators strongly oppose.

“The Philippines can attract many billions of US dollars with a lower CIT, enhancement of fiscal incentives for new investors and protecting the thousands of existing investors who have chosen to locate in the Philippines because of its excellent labor force,” Forbes said.

“In the competition for FDI [foreign direct investment], remember the competition never sleeps. With this current unprecedented opportunity, the Philippines must be alert, proactive and friendly in order to beat the competition,” he added.

Based on records from the Philippine Statistics Authority (PSA), investments from China grew 69.21 percent to P713.95 million in the first quarter—the period the trade conflict broke out—from P421.93 million during the same quarter last year.

However, this was just 1.55 percent of the P45.98-billion total investments poured in by foreign sources during the period. The Netherlands, Japan, Thailand, the United States, Singapore and Taiwan outdid China’s capital inflows to the Philippines in the first quarter.

In the January-to-July period, China is also not included among the top overseas sources of investments registered with the Board of Investments.

Philippine Ecozones Association President Francisco S. Zaldarriaga argued the Philippines will “definitely” attract some of the investments fleeing China if incentives are left untouched. This was echoed by Danilo C. Lachica, president of the Semiconductor and Electronics Industries in the Philippines Foundation Inc.

“Yes, there is a chance [we can attract fleeing investors] if current incentives are maintained,” Lachica said in a text message.

Further, lawmakers should expedite the passage of measures seeking to remove restrictions on foreign ownership to allow more investors to come in, according to the European Chamber of Commerce of the Philippines (ECCP). ECCP Executive Director Florian Gottein said it will take the legislation of numerous liberalization bills for the Philippines to compete with its Southeast Asian counterparts and benefit from the trade conflict.

“The ECCP believes that this can be facilitated through the following: expediting the reduction of corporate income tax; ensuring a competitive incentives regime; and enacting reforms that will further open up the Philippine economy, such as amendments to the Public Service Act, Foreign Investments Act and Retail Trade Liberalization Act,” Gottein said over the phone.

Duterte to fire another official