AGRICULTURE Secretary Emmanuel F. Piñol is pushing for the passage of a law that allows the Department of Agriculture (DA) to build small reservoirs nationwide to improve the country’s water system to avert future water crises.

The measure was among the recommendations made by the DA at the Cabinet-level meeting on water last week, according to Piñol. The meeting was presided by Defense Secretary Delfin N. Lorenzana.

In a separate development, however, a lawmaker noted there is a 30-year-old law mandating the setting up by barangays of rainwater collectors, which has not been implemented. Surigao del Sur Rep. Johnny Pimentel said Congress should probe the “lifeless performance” of Rainwater Collector and Springs Development Law, or Republic Act 6715 as Metro Manila and 71 provinces reel from “waterless conditions.”

Piñol said they support the bill filed by Sen. Loren B. Legarda, who chairs the Senate Committee on Climate Change, that seeks to promote sustainable land management (SLM) programs, including the creation of a national soil and water conservation program.

Under the bill, according to Pi- ñol, the DA would receive “funding tobuildsmallreservoirs, impound- ing and water catchments all over the country.”

The other measures proposed by the DA include the dredging of major river systems nationwide “to increase water holding capacity and prevent flooding during rainy season.”

The DA also pushed for stricter enforcement of forest protection laws and the creation of a nation- al program to locate and identify headwaters to be declared as pro- tected areas. Piñol said he also rec- ommended the funding of alterna- tiveirrigationsystems, particularly the DA’s banner program of solar- powered irrigation.

“Unless these measures are im- plemented, the Philippines could face a major water crisis in the next few years,” he said in a Facebook post on Sunday.

At the meeting, Piñol said he made a presentation on the threat of a “looming water crisis” to the agriculture sector.

AMID the water shortage, a law- maker on Sunday asked Congress to look into the implementation of a 30-year-old law that requires the installation of rainwater collectors in all barangays.

gays. But it seems that the execu- tion of the law has been wanting,” Surigao del Sur’s Pimentel said in a statement.

However, membersofthe House are asking large water users, such as malls, office buildings and golf courses, to install their own rain- water collectors.

“Congress has to ascertain the factors holding up the law’s aggres- sive operation, and fix the problem right away—whether it is simply due to lack of funding or other is- sues,” Pimentel added.

Section 2 of the law states: “The Department of Public Works and Highways shall, within 30 days after the approval of this Act, undertake the construction of water wells, rainwater collectors, development of springs and reha- bilitation of existing water wells in all barangays in the Philippines in such number as may be needed and feasible, taking into consider- ation the population, hydrologic conditions, costs of project devel- opment and operations, financial and economic factors and institu-

According to a Pagasa assess- ment, 31 other provinces are expe- riencing either “drought” or a “dry condition.” 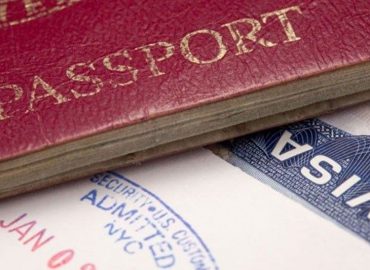 Pinoys in US not covered by Philippines’ visa requirement plan