SENATE President Pro Tempore Ralph G. Recto has filed a resolution seeking an inquiry into the China-funded video surveillance and emergency response project of the Department of Interior and Local Government (DILG).

In Senate Resolution No. 990 filed on Wednesday, Mr. Recto raised concerns over the primary equipment supplier of DILG’s Safe Philippines Project — Phase 1, Huawei Technologies Co. Ltd., which he said was hounded by national security and data protection issues in other countries.

Mr. Recto cited reports of Huawei officials being apprehended in Canada and Poland as well as the Chinese company being banned for public procurement of equipment in United States, Japan, Australia, and New Zealand due to “rising security concerns.” He sought the Senate inquiry in order to mitigate potential risks to national security from foreign-assisted projects of government.

“It is imperative that the Philippine government review and evaluate government programs and projects and their impact on national security and public interest,” he said.

DILG Secretary Eduardo M. Año has said measures are being undertaken by the department to ensure data protection in the Safe Philippines Project.

“The DILG will install the necessary fire walls to protect the system from hackers and other threats. This will be installed by the DILG and funded by our government. The public doesn’t have to worry about data breaches in the project as there will be no storage of classified data or information inimical to national security in the CCTV system,” Mr. Año was quoted as saying in a Dec. 17, 2018, DILG press release. 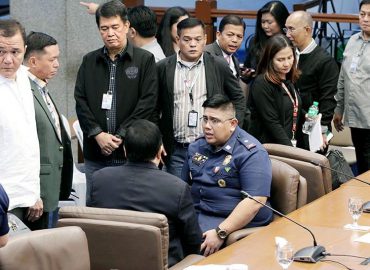