Metro Manila (CNN Philippines, August 17)— The government might need to raise the retirement age and consider more care programs and employment opportunities for the elderly as the Philippines’ older population balloons, a Population Commission (POPCOM) official said on Wednesday.

According to the Philippine Statistics Authority (PSA), the number of Filipinos aged 60 years and above increased to 9.22 million in 2020 from 7.53 million in 2015.

The current figure is already double the 4.6 million senior citizens in the year 2000.

POPCOM projects about 14% of the population will be composed of senior citizens by 2035.

[Translation: The United Nations qualifies a country as an ageing society if its elderly already composes more than 10% of the population.]

Is ageing population a good thing?

In the Philippines, he said males are expected to live up to 69 years old. Females, on the other hand, reach an average age of 74 years.

[Translation: We get to have more and more senior citizens due to healthy lifestyle.]

However, population ageing also opens new challenges to problems in the elderly care.

“We also need to develop programs for their care— either sa bahay (at home) o (or) institution. So, that is something the country has to decide: Magkakaroon ba ng (Will there be) institutions where they will be cared for, or is it home-based?” Perez noted.

Perez said the elderly should also be given access to employment. He added it is time to reconsider raising the current compulsory retirement age of 65 years.

“That is something na pwede tingnan ng Kongreso (the Congress can look into). And also look at part-time work for older citizens,” Perez said.

Perez also cited the need for policies to maintain a 1% annual population growth as POPCOM reports fewer births in recent years. He said the country’s population only grew by 0.6% last year, less than the ideal 1% increase.

Based on the recent PSA report, only 147,692 births were registered from January to March, 47.7% lower than the 282,577 births recorded around the same time last year. In Metro Manila, the number of Filipinos born during the said period declined by 37.5%.

“We need (a) good number of workers and potential workers para masuportahan ang seniors na dumadami (to support the increasing number of seniors). I think, we have to maintain that kind of population balance, and the action to maintain a stable population should begin today,” Perez said. 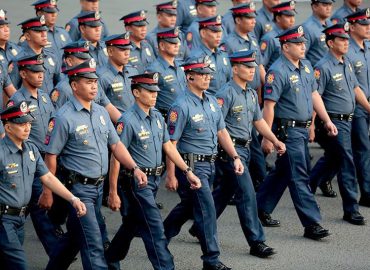