The Philippines may be losing billions of dollars in potential mining investment because of policy gaps that tend to shoo away investors, mining industry leaders said.

Dindo Manhit, president of Stratbase ADR Institute, said while countries such as Australia and Indonesia managed to develop their mineral endowments as a strategic pillar of their economies, the Philippine mining industry has become stagnant following the issuance of Executive Order (EO) 79 and DENR Administrative Order (DAO) 2017-10 on April 27, 2017, which effectively banned open-pit mining.

“Our ability to efficiently and sustainably harvest the country’s mineral-wealth potential, estimated to be worth more than a trillion dollars, just sitting underground and basically untapped, has been mired in prolonged legal and regulatory challenges,” Manhit said in a statement.

Manhit recently took part during the Stratbase ADR Institute’s “Roundtable Discussion on the Open Pit Mining Ban” organized in partnership with the Department of Environment and Natural Resources (DENR) and the Philippine Business for Environmental Stewardship (PBEST).

“To put in perspective just how many opportunities we are losing, a 2016 list of just 11 pending projects was estimated to total over $23 billion in capital investments. Compare this to the official figures of the BSP on our total foreign direct investment from January to November last year, which totaled only $9.06 billion,” Manhit said.

According to Manhit, passing a new mining revenue law now pending in the Senate will resolve the impasse caused by EO 79 and will result in substantial revenue gains needed for President Duterte’s vision for economic and infrastructure development.

PBEST Convenor Carmelo Bayarcal supported Manhit, saying that “aligning policies to responsibly develop the country’s resource potential while strictly enforcing existing environmental regulations to harness our mineral resources should be a priority of the government.”

“A hybrid and more balanced approach that imposes strict evaluation on the capacity and competence on mining companies to rehabilitate disturbed areas instead of an outright ban will minimize the inherent environmental impact of mining and maximize the long term benefits to the host communities,” Bayarcal said.

Manhit said the DENR chief Roy A. Cimatu is “on the right track” when he initiated continuous consultations with industry experts to understand the complex technical, social and environmental issues affecting all stakeholders, which will hopefully result in a more enlightened, pragmatic and stable policy environment.

Chamber of Mines of the Philippines Chairman Gerard Brimo said EO 79, which imposed a ban on new mining applications, and DAO 2017-10 made mining in the Philippines unattractive to investors.

Brimo identified three open-pit projects that are now on hold due to the ban.  These include the Tampakan Copper Project, King-king Copper Gold Project, and Silangan Copper and Gold Project, which are all in Mindanao.

Brimo said, these pending projects could bring the national government yearly revenues totaling P12 billion and a total of P1.5 billion for local government. Concurrently, the projects will boost industry contribution to exports to 9 percent and total contribution to GDP to 1.5 percent. 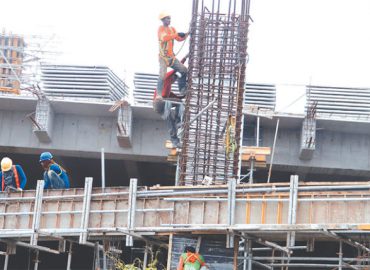 BSP sees inflation accelerating in May at 5-5.8%