INFLATION likely slowed further in July as food prices sustained a decline, analysts said in a poll, adding that this would give space for the central bank to resume trimming benchmark interest rates after “a prudent pause” in its June 20 policy review.

Estimates of 17 analysts and a research group yielded a 2.4% median for July inflation, which settles at the midpoint of the 2-2.8% range given by the Bangko Sentral ng Pilipinas (BSP).

If realized, it would also mark the second straight month of slower inflation from June 2019’s 2.7%. The inflation estimate would also be slower than July 2018’s 5.7%.

The Philippine Statistics Authority is scheduled to report July inflation data on Aug. 6.

“Rice prices as well as utility costs weighed on overall inflation while select food items such as fish, beef and vegetables and fruits still saw some price gains.”

Chidu Narayanan, economist at Standard Chartered Bank, said the heavily-weighted food and non-alcoholic beverages “may have contributed less than 1.0 (percentage point or ppt)” to headline inflation.

“We expect rice and fish inflation, which added 1.0 ppt and 0.8 ppt respectively to the headline in 2018, to have dropped further.”

The overall rate of Manila Electric Co. — the country’s biggest electricity distributor — dropped for the third straight month by P0.1068 per kilowatt-hour to P9.985/kWh in July.

“Domestic prices of basic goods and services are expected to have felt the benefits of a strong peso throughout the month, which made imported raw materials cheaper to buy,” Mr. Roces said in a report.

Supporting importers, the peso closed P50.89 to the dollar on July 31, stronger than end-July 2018’s P53.095 finish. The local currency’s weighted average amounted to P51.109 to the greenback, stronger than the year-ago P53.415, according to data from the Bankers Association of the Philippines.

BSP Governor Benjamin E. Diokno told reporters on the sidelines of a forum on July 23 that inflation could settle “below two” percent in the third quarter as food and oil prices ease, citing “base effects” of multi-year-high rates last year.

All 16 poll respondents said the central bank will cut rates by 25 basis points (bp) to 4.25% for the overnight reverse repurchase facility when the BSP’s Monetary Board meets on Thursday for its fifth policy review for 2019.

“Further easing trend of inflation… would increase the chances/odds and justification for further local monetary easing by way of another cut in local policy rate of at least 25 (bps) as early as the next local rate-setting meeting on August 8, 2019, when the latest Philippine GDP growth data will be announced earlier in the morning,” Michael L. Ricafort, economist at Rizal Commercial Banking Corp., said in an e-mail.

“Possible cut in local policy rates could also be supported by the… cut in US Fed Funds Rate… as this will also provide some leeway/flexibility on other central banks around the world (including the Philippine central bank) to do a corresponding cut on their respective policy rates.”

As widely expected by markets, the Fed’s Federal Open Market Committee slashed interest rates by 25 bps on Wednesday, its first cut in a decade.

However, Fed chair Jerome Powell said in a news conference following the meeting that “it’s not a beginning of a long series of rate cuts.”

The BSP itself cut benchmark interest rates by 25 bp in its May 9 policy review, partially dialling back a cumulative 175 bp raise last year in the race of successive multi-year-high monthly inflation rates.

The central bank has also cut banks’ reserve requirement ratio (RRR) by 200 bp so far — bringing it down to 16% for universal and commercial banks and to six percent for thrift lenders — after reducing it by that amount last year.

“This BSP policy rate cut is timely as there is seemingly a global easing trend among central banks,” UnionBank of the Philippines Chief Economist Ruben Carlo O. Asuncion said.

“We see another 50bps of rate cuts following the likely 25bps in August; we also see a risk of further reserve requirement cuts,” he said.

Mr. Mapa of ING Bank said the central bank will monitor the impact of its initial round of reductions in banks’ cash requirements before firing off additional cuts, given that the 200-bp cut conducted between May and July “have not filtered through to the real economy just yet.”

“The decision point to cut RRR further is dependent on whether the influx of liquidity is indeed channeled to increased lending and not simply returning to the BSP’s liquidity management facilities,” Mr. Mapa said. 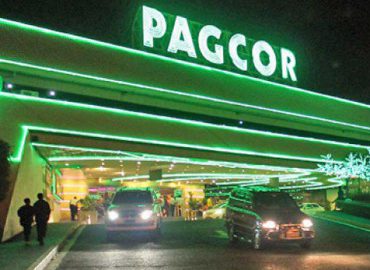 Bill lowering age of criminal liability up for House OK