AGRICULTURE Secretary Emmanuel F. Piñol on Thursday assured rice farmers that the government has sufficient money to front-load P10 billion for a fund to help them become competitive against cheap imports under the new trade regime.

Piñol made the pronouncement after the BusinessMirror published a story on Wednesday which quoted a National Economic and Development Authority (Neda) official saying that the government has no available funds for the Rice Competitiveness Enhancement Fund (RCEF).

Neda Assistant Secretary Mercedita A. Sombilla told the BusinessMirror that the farmers may have to wait until the third quarter—when government savings are expected to come in—for funding the RCEF.

However, Piñol said the P10-billion RCEF is included in the proposed 2019 General Appropriations Act (GAA), which is expected to be signed by President Duterte on Monday, and is allocated under the Department of Agriculture’s (DA) unprogrammed funds.

“I would expect that the P10 billion is in the [national budget once Duterte signs the GAA],” he said in an interview with reporters recently. “There’s no way the government will not fulfill its commitment, because it is what the law says.”

Piñol also said the government has already agreed to frontload the initial P10 billion for the RCEF this year.

“If we wait for the savings, then it might only come in by 2020. That is why we are assured this year that once we implement the [rice trade liberalization law], we already have P10 billion,” he added.

Piñol said he would insist to the Department of Budget and Management (DBM) to provide the DA with P10 billion for the RCEF once the implementing rules and regulations (IRR) of the law take effect.

Quoting Sombilla, the BusinessMirror reported that the DBM maintained that the P5 billion it transferred to the DA last December was already half of the RCEF.

However, the Neda official said she had argued that the P5 billion was not part of the RCEF and was only for activities aimed at boosting the DA’s rice program.

Piñol disclosed that he discussed the P5 billion his agency received last year with some DBM officials on Wednesday.

The agriculture chief himself admitted that the DBM officials told him that the P5 billion the DA received last year was half of the RCEF.

“I told the DBM representatives that it was not part of the RCEF. It cannot be considered as part of the RCEF because our allocation for that money did not follow the RCEF guidelines,” Piñol said.

“In fact, there were regions that did not request [a share from the P5 billion] because they might not be able to obligate it last year. The P5 billion was presented to the DA as additional funds for the rice program,” he added. The BusinessMirror tried to get a comment from the DBM but officials said they will issue a statement. 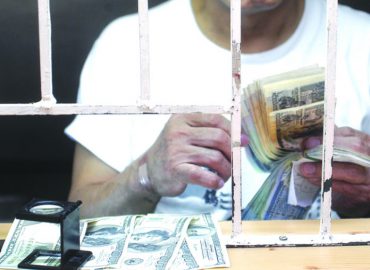