Senator Aquilino Pimentel III pushed anew for the passage of the bill that would strengthen the country’s political party system and prohibit political turncoatism.

Pimentel, chair of the Senate Committee on Electoral Reforms and People’s Participation, said the approval of Senate Bill No. 1984 or the proposed Political Party System Act will help promote transparency and accountability among political parties.

“It is incumbent upon us to craft the needed legislation to enhance it in our country. This can only be done if we provide the legal framework where reforms could be instituted on election campaign financing to promote party accountability and transparency and at the same time reduce the opportunities for graft and corruption,” Pimentel said in a statement.

It seeks to foster the development of strong political parties through financial subsidies for party development and campaign expenditures.

With the proposed fund for deserving political parties, Pimentel said the bill will uphold professionalism and accountability among its members, by promoting party loyalty, discipline, and adherence to ideological principles, platforms, and programs, as well as encouraging and supporting voter’s education.

Hence, the bill penalizes political turncoatism, wherein candidates change political party affiliations one year before, or one year after elections.

Under the measure, political turncoats shall be prohibited from being appointed or from holding any position in any public or government office for three years after the expiration of their current term or office; and from assuming any executive or administrative position in the new political party.

They shall be directed to refund any and all amounts received from the previous political party, plus a 50 percent surcharge.

“It is high time that we made our political parties true repositories of venerable party principles and viable party advocacies. The strengthening of our political party system, in so many ways as found in this proposed bill, will ensure that our democratic system of government will continue to be vibrant and steady amid the challenges of the coming times,” Pimentel added. 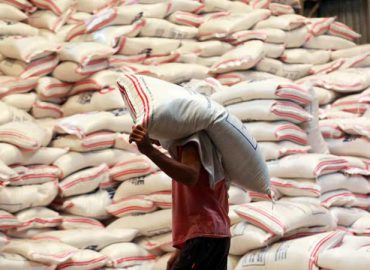 Supplemental budget to be passed if Congress approves all tax measures, says Diokno