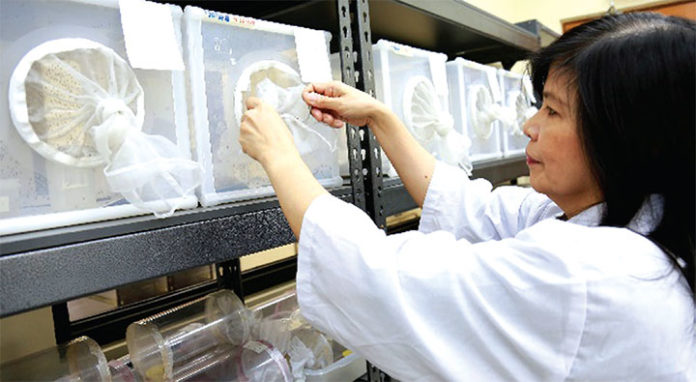 With the Department of Health declaring a national dengue alert due to the increasing number of dengue cases in several regions, the Department of Science and Technology-Philippine Nuclear Research Institute (DOST-PNRI) continues to harness nuclear science and technology to help mitigate the perennial dengue problem in the Philippines.

Using radiation to sterilize mosquitoes, PNRI scientists are starting to develop the sterile insect technique (SIT) to reduce the population of Aedes aegypti, which serves as the vector for dengue, chikungunya and zika virus.

PNRI scientists rear male mosquitoes in the laboratories to be exposed to gamma radiation which sterilizes the insects. After which the mosquitoes will be released to partner with females in the target areas.

Under natural conditions, female mosquitoes mate only once in their lifetime, and, unlike male mosquitoes, are the ones which transmit the dengue virus by biting a person since it feeds on human blood.

Mating with sterilized male mosquitoes produces no offspring, and when sterile males are continuously released in the target area, the population of mosquitoes can be reduced.

As the SIT for Aedes mosquitoes is still being developed in the Philippines, researchers are focusing on the improvement of rearing protocols, studying various radiation doses at which sterilized male mosquitoes are still capable of competing for mates with mosquitoes in the wild, mosquito fertility and population dynamics, among others.

Researchers aim to use the SIT, along with other conventional methods of pest control. However, unlike pesticides, sterilizing male mosquitoes does not pollute the environment and affects only the target insect while sparing many other natural mosquito predators.

Moreover, it would be difficult, if not impossible, for the mosquitoes to become resistant against radiation.

The International Atomic Energy Agency (IAEA), an international organization within the United Nations system, also supports the development of SIT in many countries for use against pests, as well as vectors of various diseases.

Recently, the SIT was successfully able to help suppress the mosquito populations in a pilot trial in Guangzhou, China, according to the IAEA.

PNRI has previously used the SIT to help control the population of fruit flies in Guimaras Island, famed for its export-quality mangoes. 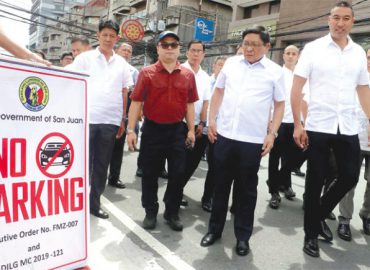