THE Bangko Sentral ng Pilipinas (BSP) is looking to finalize—along with the Department of Finance (DOF) a road map next week to ensure a calibrated approach to the Philippines’s “active pursuit of an A level rating.”

The Philippines last week received its highest credit rating from a major ratings agency to date, as S&P Global Ratings announced that it is assigning a “BBB+” rating on the Philippines’s long-term sovereign credit rating.

With just a notch away from the “A” level rating, BSP Deputy Governor Diwa C. Guinigundo said they are now embarking on an agenda called the “Road to A.”

Guinigundo said the BSP and the DOF are eyeing to organize an interagency committee that would formalize this road map.

“Such road map will evidence the buy-in and commitment of key economic and infrastructure officials to get our efforts properly credited to A before 2022 to help further bring about more benefits to the economy and to our people,” he said in a Palace briefing.

Moving forward, Guinigundo said their goal is to sustain policy and structural reforms, which he said is one of the nonnegotiable keys to an upgrade aside from continuous engagement with the credit-rating agencies. “We have a long way to go, many more miles to travel. We don’t need a crisis or an international financial institution to tell us what to do. We shall be doing things for the sake of our people. If these efforts start bearing fruits that are good to eat, then the upgrade will just logically be a consequence,” he said.

“So all of these, I think, are priorities of the national government in addressing these particular issues—not because we wanted another A or another upgrade, but because pursuing these very important reforms on various fronts will be useful to us, because we want to sustain our economic growth; we want to make sure that employment opportunities are available and to make a dent in terms of our efforts to reduce poverty in the Philippines,” he added.

Meanwhile, Finance Secretary Carlos G. Dominguez III stressed that the credit-rating upgrade is a direct result of President Duterte “choosing to invest his political capital wisely in difficult but game-changing reforms” such as the Tax Reform for Acceleration and Inclusion (TRAIN) law and the Rice Tariffication Act.

Dominguez, however, immediately pointed out that they did not pursue these reforms to get a better credit rating.

“This upgrade is the effect of pursuing ‘game-changing reforms’ that would lead to a flourishing economy and a more comfortable life for law-abiding Filipinos,” he said.

“The effect of a BBB+ rating may not be immediate, but it is very clear, it is a stepping stone to our goal of achieving and sustaining upper middle-income country status in the near future,” he added.

NATIONAL Treasurer Rosalia V. de Leon also cited the potential benefits of the country getting this credit-rating upgrade, including generating savings of at least P3 billion for commercial bond issuances and attracting more foreign direct investments that would lead to more jobs.

Since foreign investors have stringent guidelines before investing, de Leon explained that they will not go to an economy with a credit rating lower than BBB.

“So with the BBB+, we’re able to throw the net far and wide, catch more fish into our pond of borrowing,” she said.

Even the private sector will also reap the benefit of lower cost of borrowing from the credit-rating upgrade, noting that the national government is considered as the benchmark for borrowing rates.

“So if we borrow at this level, even the private sector would also be reducing their own borrowing cost. So, what does it mean? Then they will be able to have more capital expenditures, produce more jobs,” she said. 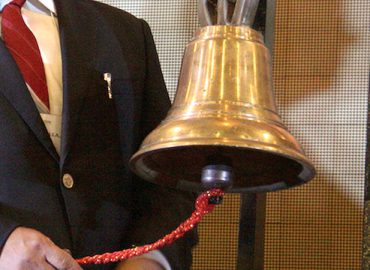