Image Credit to Tech in Asia

The economy is becoming more open to supporting online shopping in the Philippines, according to the latest study from the United Nations Conference on Trade and Development (Unctad).

In the Unctad’s B2C (business to consumer) E-commerce Index 2018, the Philippines saw a four-notch increase in its ranking to 92nd from 96th, out of 151 economies.

However, the country continued to trail behind its Asean-5 counterparts, such as Singapore, which ranked second overall; Malaysia, 34th; Thailand, 43rd; Vietnam, 69th; and Indonesia, 90th.

“A competitive B2C E-commerce ecosystem, as reflected by the index, appears to be enticing foreign investment. Several of the top 10 developing countries in the index saw inflows of foreign direct investment into their e-commerce sectors in 2017, amounting to at least $1.7 billion. Venture capital is also attracted to favorable e-commerce environments,” the report stated.

The index has four indicators namely: account ownership at a financial institution or with a mobile money service provider; the percentage of the population using the Internet; results of the postal reliability index; and secure Internet servers.

The data showed the share of the population using the Internet was at 56 percent of the Philippines population, while the share of individuals with an account was 35 percent.

In terms of secure Internet servers, data measured the percentage of secure servers at 44 percent while postal reliability in the country is at 45 percent.

Of the nine Asean member countries included in the index, the Philippines and the other Asean-5 countries all posted improvements in their rankings.

Other Asean countries in the index saw declines in rankings such as Lao PDR which is ranked 98th, down six notches from 92nd; Cambodia ranked 118th, down three notches from 115th; and Myanmar, 125th down two notches from 123rd overall.

“According to Netcraft, the company that carried out the survey, there was a sharp rise for some countries due to drives from browser vendors for increased security and the availability of free, easy-to-use certificates. Postal reliability scores fluctuated significantly in 2017 as postal operators adjusted to growing parcel volumes from increased online shopping,” Unctad said.

The top 10 countries in the index were led by The Netherlands at first place followed by Singapore, second; Switzerland, third; United Kingdom, fourth; and Norway, fifth.

Further, the report stated that Asian countries are leading the list of top 10 developing countries in the index.

The report also included Thailand at 43rd followed by Turkey at 47th; Iran at 49th; Chile, 50th; and Saudi Arabia at 52nd overall.

The 2018 Unctad B2C E-commerce Index, which measures an economy’s preparedness to support online shopping, has expanded its coverage to include 151 economies, up seven from the 2017 edition.

CSC may ban cellphone use by front line gov’t workers 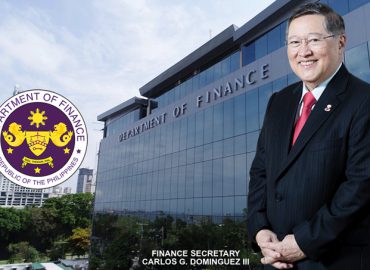