Business outlook on the economy turned less optimistic in the current quarter, with the overall confidence index declining to 30.1 percent, the lowest level since the first quarter of 2010, the Bangko Sentral ng Pilipinas (BSP) said Thursday.

Citing its latest business expectations survey, the central bank said the number of optimists declined but continued to be greater than the number of pessimists during the quarter.

“Respondents attributed their weaker sentiment during the third quarter to increasing prices of basic commodities in the global market, augmented by the effects of the implementation of the Tax Reform for Acceleration and Inclusion (TRAIN) Law on prices of domestic goods,” the BSP said.

It added that businessmen were also put off by rising overhead costs and lack of supply of raw materials, and seasonal factors such as interruption of business activities and lower crop production during the rainy season, slack in consumer demand as households prioritized enrolment expenses, as well as the suspension of commercial fishing in Davao Gulf from June to August.

The situation was also aggravated by the weakening peso, and stiffer competition.

“The sentiment of businesses in the Philippines mirrored the less buoyant business outlook in Canada, Chile, Hong Kong, the Netherlands, New Zealand, South Korea and the US but was in contrast to the more bullish views of those in Australia, Brazil, Denmark, Greece, Hungary and Mexico,” the BSP said.

For the quarter ahead (Q4 2018), business outlook turned more upbeat as the confidence index rose to 42.6 percent from 40.4 percent in the previous quarter’s survey results.

“This suggests that growth may be sustained in the last quarter of 2018,” the BSP said.

Respondents’ more positive outlook for the fourth quarter 2018 was due to expectations of an uptick in consumer demand during the holiday and harvest seasons and the continued increase in orders and projects.

Sentiment toward the fourth quarter was also buoyed by the expansion of businesses and new product lines; the continued rollout of government infrastructure and other development projects; and more favorable weather conditions for agricultural products; as well as the opening of high seas/fishing operations in October.

“The positive outlook was likewise driven by respondents’ expectations of more favorable macroeconomic conditions in the country for the next quarter (particularly robust economic growth), sustained foreign investment inflows and the steady stream of overseas Filipinos’ remittances,” the central bank said.   /kga 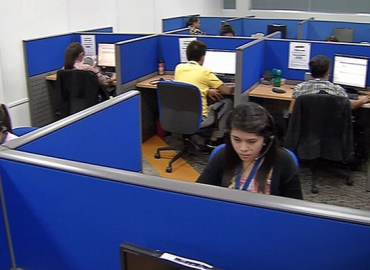 ‘Citira could dilute gains from US labor policies’