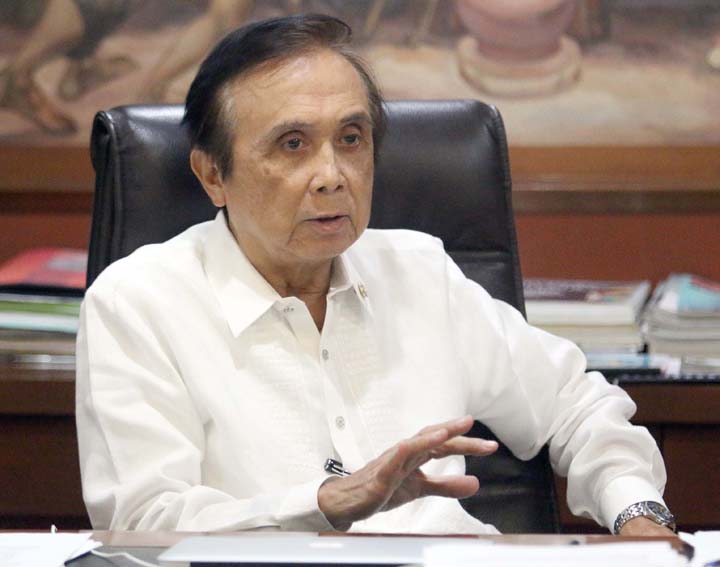 The Philippines is bracing for possible job losses among overseas Filipino workers (OFWs) in the Middle East as well as a potential uptick in inflation once global oil prices shoot up if tensions between the United States and Iran further intensify, Socioeconomic Planning Secretary Ernesto M. Pernia said Friday.

Pernia told the Inquirer that in the short run, domestic oil prices would likely be impacted by the ongoing US-Iran conflict.

After the US government confirmed that a targeted airstrike in Baghdad, Iraq’s international airport on Jan. 3 killed top Iranian commander Qasem Soleimani, global oil prices climbed by more than 4 percent—Brent rose 4.4 percent to $69.16 while WTI increased by 4.3 percent to $63.84, according to foreign wire agencies.

They said global oil prices jumped as “investors grow increasingly worried about the effects of a possible flare-up in the tinderbox Middle East on supplies of the commodity.”

“The latest escalation of tensions between the US and Iran led to higher global crude oil prices to the highest in about four months and also among seven-month highs, amid this geopolitical uncertainty in the Middle East that could potentially disrupt oil production and supply especially from Iraq and Iran, especially if oil facilities/infrastructure is involved, similar to what happened (drone attacks) on Saudi Arabia’s major oil facilities in mid-September 2019, though this risk remains to be seen for now. Thus, local oil/petroleum prices could increase due to the resulting higher global oil prices,” Rizal Commercial Banking Corp. (RCBC) chief economist Michael L. Ricafort told the Inquirer.

“There will be an impact if this thing escalates. Oil prices may go up and nudge inflationary tendencies locally,” Security Bank chief economist Robert Dan J. Roces told the Inquirer.

To recall, headline inflation averaged a 10-year high of 5.2 percent in 2018 partly due to elevated oil prices that year.

For Pernia, who heads the state planning agency National Economic and Development Authority (Neda), the Philippines might have to look for other oil sources as it would be “hard to imagine the consequences if ‘conflagration’ [caused by US-Iran tensions] is truly global in scale.”

For instance, Pernia noted that the Philippines has yet to tap Russia as a source of oil as the two countries still do not have a firm agreement to import and export the commodity.

At the start of 2020, excise taxes slapped on oil products further increased by between P1 and P1.50 a liter or kilo under the Tax Reform for Acceleration and Inclusion (TRAIN) Act.

According to the TRAIN Law, in case the average Dubai crude oil price based on Mean of Platts Singapore for three months reached or exceeded $80 a barrel, the government may suspend future excise tax increases even as it should “not result in any reduction of the excise tax being imposed at the time of the suspension.”

If the US-Iran tensions escalate further and persist, Pernia said he was worried about its potential impact on OFWs in the region for the longer run.

“Having a huge deployment of workers in the Middle East, demobilized workers will have an impact on remittances,” Roces said.

Also, “deployment of OFWs could be adversely affected in countries that could be directly and indirectly involved in any further escalation of tensions between the US and Iran in the Middle East, directly or through proxy attacks/clashes between their respective allies in the region,” Ricafort said.

Based on the latest Philippine Statistics Authority (PSA) data, 54.9 percent or about 1.26 million of the 2.29 million OFWs in 2018 were working in the Middle East or West Asia, which included Bahrain, Israel, Jordan, Kuwait, Lebanon, Saudi Arabia, Qatar and the United Arab Emirates (UAE).

Between January and October 2019, cash remittances from Filipinos living and working abroad declined 7.8 percent to $5 billion from $5.4 billion a year ago, the latest Bangko Sentral ng Pilipinas (BSP) data showed.

Even as remittance flows from the Middle East as of end-October last year were lower than during the same 10-month period in 2018, the BSP had said that Kuwait, Saudi Arabia and the UAE remained among the top sources of remittances.

Remittances have been the country’s biggest source of foreign exchange income, insulating the domestic economy from external shocks by ensuring a steady supply of dollars into the system.

These cash transfers are also a major driver for consumption, hence contributing to robust economic growth.