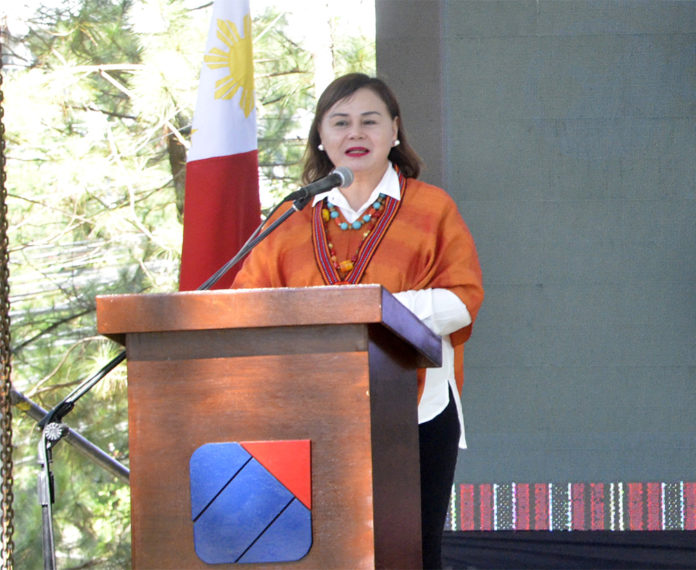 IT’S over for industry groups. The Philippine Economic Zone Authority (Peza) Board has decided to throw its support for the passage of the much-debated Corporate Income Tax and Incentives Rationalization Act (Citira) bill to the dismay of economic zone firms.

Trade Secretary and Peza Board Chairman Ramon M. Lopez on Wednesday called for a special board meeting to stress the importance of getting the Citira bill passed in Congress. The Citira bill, he said, has a mandate from President Duterte and the approval of the Cabinet.

“We had to explain fully that there are ongoing refinements in certain provisions of the bill to address the serious concerns of the stakeholders, especially the existing Peza locators, and some senators who are equally concerned on minimizing any possible repercussions on jobs if some firms leave the country,” Lopez said in a statement.

The trade chief disclosed there are discussions between state officials and legislators to adjust the number of years before existing locators relinquish their fiscal incentives. They are also considering granting extra years for tax breaks, as well as lower tax rates, for fresh projects in strategic, high-technology industries locating in least-developed areas.

As such, he said, all members of the Peza Board, including Peza Director General Charito B. Plaza—the measure’s strongest critic—decided to support the passage of the Citira bill.

“With these adjustments, the Peza Board—together with its management led by the director general—has officially aligned its position to give strong support to the Citira [bill] and its parameters of having longer performance-based, time-bound, focused and transparent set of incentives. Peza DG will no [longer] ask for a status quo of exemption from the Citira [bill],” Lopez said.

In a text message to reporters, Plaza explained she agreed to support the rationalization of tax perks for Peza locators on the condition the government will be transparent in the changes to be introduced in the Citira bill.

“We’ll inform our industries of these fine tunings. [The] important [thing] is the openness of the DOF [Department of Finance] and DTI [Department of Trade and Industry] to finetuning that will enhance the present Peza incentives and best practices,” Plaza said.

She added the DOF and the DTI gave their word that the one-stop shop character of the Peza will be retained in the bill, as well as the payment of tax on gross income earned (GIE) in lieu of all local and national taxes, but this will soon be at a higher rate, possibly 7 percent.

The Peza chief is also asking for the extension—up to 15 years‚of
the sunset period by which existing locators need to give up their incentives, from the maximum of five years stipulated under the version passed by the House of Representatives. Plaza is seeking, too, the maintenance of the duty-free importation of capital gear and equipment for Peza locators.

However, Plaza’s sudden reversal of stand on the Citira bill did not sit well with industry groups, some believing she was forced by Lopez to support the measure.

Danilo C. Lachica, president of the Semiconductor and Electronics Industries in the Philippines Foundation Inc., said the group maintains its concern over the rationalization of incentives. On Plaza’s turnabout of position, he said he understands “the chairman encouraged government agency members to vote for Citira.”

“[The industry] supports the reduction of corporate income tax [CIT], but is very concerned about the incentives rationalization [component],” Lachica said over the phone.

The Citira bill, which hurdled the House in September, will reduce the CIT rate to 20 percent by 2029, from 30 percent at present—the highest among Southeast Asian economies—and will overhaul the menu of incentives granted to economic zone firms. The Joint Foreign Chambers of the Philippines estimated over 700,000 jobs will be lost as a result of firms cutting down their labor force to cope with the removal of their tax perks.

The uncertainties brought about by the government’s move to rationalize incentives resulted in a 12.71-percent decline in investments approved by the Peza last year, to P68.32 billion, from P78.27 billion in 2017, according to Philippine
Statistics Authority data.

The chairman of the House Committee on Ways and Means on Wednesday welcomed the support by the Peza Board of the Citira bill.

Albay Rep. Joey Sarte Salceda, the panel chairman and the principal author of Citira, said Peza is welcome to submit its proposed amendments to the House-approved House Bill 4157.

Salceda said he will allow the Peza to make their proposals to lawmakers and see how “I could engage it.”

The Peza earlier said it will push for an all-or-nothing exemption of its locators from the second tax-reform package, reiterating its warning that the country will suffer from capital flight should the government insist on rationalizing fiscal incentives.

Salceda, however, said this measure is by far the most significant economic legislation with a positive footprint on almost every sector of our economy, saying it sets the platform to pursue a better future for the next generation of Filipinos.

“Citira will result in an incremental GDP growth of 3.6 percent annually while adding only 0.9 percent to inflation,” Salceda said.

Salceda also reiterated the lower chamber’s rejection of a “dysfunctional” tax regime based on GIE, whose reform is a central feature of the Citira.

While House is willing to give a reduced corporate income-tax rate as an incentive for qualified business enterprises, Salceda said it firmly rejects the existence of a dual tax structure-GIE for those with incentives and CIT for the rest.

“The GIE is the mother of abusive transfer pricing, which resulted in P296 billion in taxes lost to abusive firms,” he said in a statement.

The Citira or House Bill 4157, which was passed on third reading last September 13, 2019, removes the perpetual 5 percent on GIE. Under the bill, it will strive to encourage investors and locators to reapply after the five-year or seven-year period, to qualify for another five years of incentives.

Locators will need to relinquish their incentives, including the 5-percent tax on GIE paid in lieu of all local and national taxes, if the Citira bill is applied to them. Under the proposal, they are given up to five years to surrender their tax perks.

According to Salceda, removing the GIE is an essential and inseparable part of Citira, as it will improve the effectivity of the deductions-based incentives that encourage job creation, infrastructure, research and development, and workers’ training, and use of domestic products.

“Removing the GIE follows a global trend against base erosion and profit shifting [BEPS]. The removal of the highly dysfunctional GIE will make the Philippines more compliant with the Inclusive Framework on BEPS, as prescribed by the Organisation for Economic Co-operation and Development [OECD], and which currently has 130 member-economies, excluding the Philippines,” he added.

The lawmaker said the removal of the GIE is part of the House’s efforts to promote Philippine membership in the framework, as its exclusion from international tax fairness and transparency mechanisms risks making the Philippines a pariah for international taxation.