THERE IS TALK in the foreign business community that the head of the government’s economic zone promotion agency is at risk of losing her job due to a drop in committed investments and her opposition to the Finance department’s push to remove tax incentives deemed redundant.

Philippine Economic Zone Authority Director-General Charito B. Plaza said on Tuesday that she has heard such “rumors,” adding that she has not received any notice from Malacañang itself.

“The issue is di daw ako marunong; bakit daw bumaba ang investments (they say that I am not fit; why have investments dropped),” Ms. Plaza said in a telephone interview.

“I’m happy at least hindi corruption ang (is not the) issue sa akin (against me).”

President Rodrigo R. Duterte has been known to fire Executive officials for even just a “whiff of corruption” without asking them to give their sides, the latest being former Food and Drug Administration director-general Nela Charade G. Puno, who has protested her innocence and said she was not informed of any complaint.

The Philippine Economic Zone Authority (PEZA) contributed 38.2% to the total foreign investment pledges last year at P68.32 billion, down 12.7% from the P78.28 billion in 2017 according to the Philippine Statistics Authority.Among the seven investment promotion agencies, PEZA had the second-biggest value of committed investments approved in full-year 2018 behind the Board of Investments’ P103.97 billion. In 2017, PEZA contributed 74.1% of the total foreign investment pledges even as the amount was 35.42% less than 2016’s P121.22 billion.

Ms. Plaza — who replaced former PEZA chief Lilia B. De Lima in late September 2016 — contested allegations that she cannot do the job, saying that investors began staying on the sidelines only as the Finance department pushed for an overhaul of fiscal incentives by removing those deemed redundant.

While declining to name her detractors, Ms. Plaza said: “Ang dating ko sa kanila, (they perceive that) I’m not behaving as a government official [when I oppose the plan to change the tax incentives package of investors]” and that “I’m siding daw with the investors.”

“Di naman ako nagsa-side (I am not taking the side of) with investors. I’m just protecting our image because we entered our contract with them. Our investors can sue us,” she added.

“We still insist we should not change the rule of the contract we have entered with existing investors kasi magiging ’yung impression sa atin ng investors, very unstable (because investors will have the impression that business regulations are very unstable). Pag nag-change ang (When there is a change in) administration, may (there will be) change in politics and law,” she explained.

Asked on talks of her impending replacement that are now circulating among foreign business groups, Ms. Plaza replied: “They heard about it and asked me.”

“I said it’s up to them to express if they’re happy or not with my leadership in PEZA.”

An official of the American Chamber of Commerce of the Philippines (AmCham) said he has heard of such talk, and expressed support for PEZA and its existing fiscal incentive program.

“Many hundreds of American firms have worked closely with PEZA and its excellent leadership for many years. PEZA provides competitive incentives to reduce the higher costs of doing business in the country. Therefore, we have often expressed our strong support for PEZA and its leadership and the ambitious plans of the current director general as well as her predecessor, who served under four presidents,” Ebb Hinchliffe, AmCham’s executive director, said in a mobile phone message.

European Chamber of Commerce of the Philippines, Inc. President Nabil Francis said he has not heard the rumor but nevertheless expressed support for PEZA.

“More than 300 European firms or firms with European equity have been successfully assisted or have worked closely with PEZA and its leadership in establishing their operations in the Philippines over the past few administrations,” Mr. Francis said in an e-mailed reply to questions.

“The ECCP has and continues to support PEZA and its leadership throughout the years in our common goal of easing doing business in the Philippines, incentivizing more foreign investments to flow into the country and its support of the private sector in its drive to contribute to nation building.”

For his part, Finance Secretary Carlos G. Dominguez III said he has not heard such rumors.

Asked how the Finance department will approach PEZA’s continued opposition to the plan to overhaul investors’ fiscal incentives, Mr. Dominguez said in a mobile phone message that it will “continue its education program” to convince PEZA, investors and other affected parties on the need for this tax reform.

The Finance department had packaged the streamlining of fiscal incentives with a gradual reduction in corporate income tax (CIT) to 20% by 2029 from 30% currently in order to ensure this reform package will have a revenue-neutral effect, with projected foregone revenues from the CIT cut plugged by added collections from cancelled fiscal incentives.

While Congress has favored the planned CIT cut, many of its leaders have had reservations towards the removal of tax incentives. 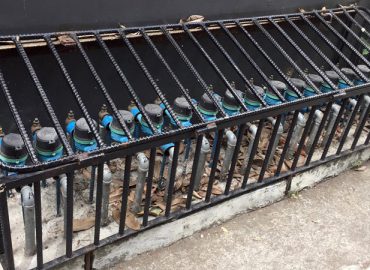