MALACAÑANG on Tuesday said President Rodrigo R. Duterte wants a portion of the special road funds to be used for the rehabilitation of the Manila Bay. Presidential Spokesperson Salvador S. Panelo, in a press briefing, said the President and the Cabinet approved during their 33rd meeting held last Monday the utilization of the special road funds to finance the improvement of hospitals in the country, address the needs of recent typhoon victims in the Bicol region, and rehabilitate the capital’s bay. “That’s one of them [the Manila Bay clean-up]. The other one is the victims of Usman in Bicol. He wants to use part of that fund also to fund the medical… hospitals, we need hospitals in many parts of the country,” he said. Mr. Panelo also said that Mr. Duterte will “most likely” issue an executive order for the coastal clean-up and has asked Environment Secretary Roy A. Cimatu to complete the rehabilitation by the end of his term in 2022. The spokesperson said the abolition of the Road Board, which is currently in charge of the road fund, is seen as a done deal with both chambers of Congress agreeing to the plan. — Arjay L. Balinbin 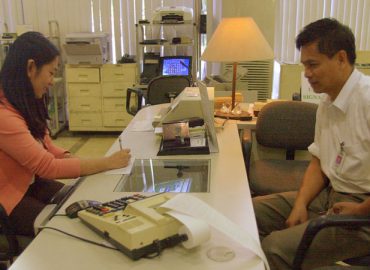