CNBC and The Independent have dubbed it “the most expensive resort in the world.”

Forbes calls it “the world’s most exclusive island retreats.”

Located off Palawan, Banwa Private Island, which garnered high praise and write-ups in international business and travel publications earlier this month, reportedly charges $100,000 a night. However, the posh accommodations don’t come with an accreditation by the Department of Tourism (DOT), a violation under Philippine law.

DOT Assistant Secretary for Tourism Regulation Coordination and Resource Generation Arturo P. Boncato Jr. confirmed as much in a Viber message with the BusinessMirror, “it [Banwa] is not-DOT accredited.”

Under the implementing rules and regulations of Republic Act 9593 (Tourism Act of 2009), “Primary tourism enterprises shall be periodically required to obtain accreditation from the department as to the quality of their facilities and standard of services.”

Primary tourism enterprises are “travel and tours services, land, sea and air transport services exclusively for tourist use; accommodation establishments; and such as other enterprises as may be identified by the [DOT] Secretary, after due consultation with concerned sectors.”

Boncato, however, was quick to stress that the resort has, “applied for accreditation and [is] complying with documentary requirements.” The DOT official implied that the resort had applied for accreditation before it opened, but neither he nor other DOT officials would say the exact date the application was submitted. “Application [was] made earlier. Several documentary requirements are being complied,” Boncato emphasized.

Earlier, the Department of the Interior and Local Government (DILG) issued Memorandum Circular 2019-17 signed by Interior Secretary Eduardo M. Año reminding all local government units (LGUs) that under the Tourism Act’s IRR, “Primary tourism enterprises [PTEs] such as hotels, resorts, inns and other accommodation establishments are required to secure accreditation from the Department of Tourism [DOT] for issuance of license or permit to operate.”

The memo further instructed LGUs “to ensure that all PTEs have complied with and have obtained DOT accreditation before operations.” (Emphasis theirs.)

Per the memo, the DOT is supposed to notify the concerned LGUs if tourism enterprises fail to comply with the accreditation requirement. The LGUs “will have to issue necessary closure orders should PTEs fail to rectify the same,” according to the memo, which was issued on February 6, 2019, two months before Banwa opened its doors to the public. In an earlier interview, Año said in Filipino that “we [DILG] will file cases against them [local officials],” if LGUs fail to follow his memo and enforce the Tourism Act IRR’s provisions. (See, “5 Manila Bay hotels get notices of violations,” in the BusinessMirror, February 22, 2019.)

According to an article in Forbes on April 11, 2019, Banwa Private Island has been in development for 10 years. “The 15-acre island is home to six stylishly beachfront villas, 12 garden rooms, and one residential 360-degree suite, which is positioned at the highest point of the island for unrivalled views over the ocean,” it noted.

Guests of the island fly in by private helicopter, after a short layover by private jet from Manila to a private airport in Palawan, or directly from Manila via helicopter or seaplane, according to Banwa’s web site. The entire island can accommodate 48 people, and has a full complement of chefs supervised by Nadedja Bouacha, a former private chef of Qatar’s royal family.

Per its web site, Banwa is managed by the Aquos Management Inc. for the Aquos Foundation, an institution committed to environmental protection. The latter is a member of the Palawan Knowledge Platform overseeing the online platform designed by the Palawan Council for Sustainable Development. The PCSD is the multisectoral body overseeing the implementation of the Strategic Environmental Plan for Palawan. 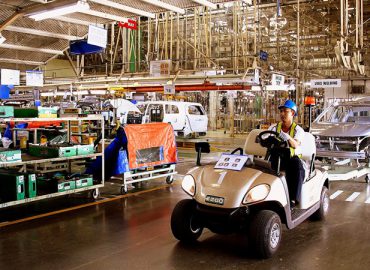