Let the goods come in for the Christmas season.

This was the message of Trade Secretary Ramon M. Lopez as he clarified there is no congestion in the harbor contrary to previous reports.

Lopez said he was assured by Customs Commissioner Isidro S. Lapeña that operations in the port are in steady condition, adding that firms need not hold off their shipments, as delays in the transport of goods could affect supply and, in turn, prices.

“I had a meeting with Customs Commissioner Isidro Lapeña last October 9 and he clarified that there is no congestion in the Port of Manila [POM]. We need to clear this issue because a perceived port congestion may cause companies to delay their shipments, and, consequently, may result in lower supply of goods and higher inflation,” Lopez said in a news statement.

According to Lopez, firms have been given the impression that there’s congestion due to the port’s policy to limit the entry of empty container vans. The space for empty containers is already fully utilized and allowing more may fill up space for loaded containers,
he added.

“The BOC [Bureau of Customs] is already increasing their capacity via inland container depots in Laguna and other areas to solve this issue. But rest assured that there is no delay in transporting shipments to and from the port,” Lopez said.

Citing POM District Collector Erastus Sandino B. Austria, Lopez said the POM is being utilized well based on the following metrics: quay crane productivity, or the number of containers moved per hour; import dwell time, or the number of days the shipment has been in the port; and the overall yard utilization level.

International standards for quay crane productivity is 25 moves per hour. To declare port congestion, the import dwell time must be 10 days
or more.

Citing Austria again, Lopez said the metrics for the first three quarters of 2018 are well within international standards. Quay crane productivity is 24.84 moves per hour, import dwell time is seven days and yard utilization level is at 85 percent.

This, he concluded, is in contrast to the congestion that took place in 2014. During that event, quay crane productivity was 15 moves per hour, import dwell time was 17 days to 18 days and port utilization was at 96 percent. 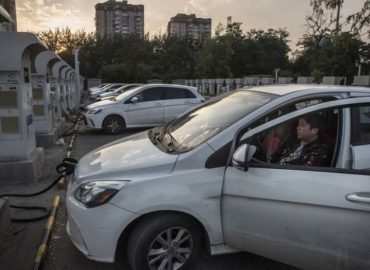