MANILA, Philippines – It is now harder to access the Statements of Assets, Liabilities, and Net Worth (SALNs) of district and party-list representatives after the House of Representatives adopted House Resolution (HR) 2467 on Wednesday night, January 30.

Under the approved rules, any request to gain access to a lawmaker’s SALN will have to get final approval from the plenary.

This means legislators have the final say on whether or not a requesting party can access one of their colleagues’ SALNs.

Even before legislators get to approve or deny access to their SALNs in the plenary, a committee on SALN review and compliance will vet the requests first.

A requesting party will also be required to sign the sworn undertaking and declaration portion of the SALN request form, which lists specific ways the information in the SALN may or may not be used.

A government official or employee’s failure to submit the SALN is a violation of Section 8 of Republic Act No. 6713 or the Code of Conduct and Ethical Standards for Public Officials and Employees

It is punishable by suspension of up to 6 months for the first offense, and dismissal from service for the second offense.

The late Renato Corona was impeached as chief justice for failing to declare some of his assets in his SALN.

Will there be any fees? Yes. If the request is approved, the requesting party has to pay P300 for every SALN.

This will cover the cost of reproduction and certification “exclusive of mailing costs and other related expenses.”

That means if the person is requesting access to the SALNs of all 291 lawmakers, the cost would total P87,300.

Who wrote the rules? The “Rules of Procedure in the Filing, Review, and Disclosure of, and Access to, the Statements of Assets, Liabilities, and Net Worth of Members, Officials, and Employees of the House of Representatives” was first drafted during the time of ousted speaker Pantaleon Alvarez through HR 1410.

It essentially formalized the stringent request procedure that has been implemented since the speakership of Quezon City 4th District Representative Feliciano Belmonte Jr, Alvarez’s immediate predecessor as speaker. (READ: Why is it so difficult to access SALNs of House lawmakers?)

Alvarez’s successor, Speaker Gloria Macapagal Arroyo, formed a new SALN review and compliance committee, which then drafted a new resolution with the same set of rules.

“The House recognizes the circumstances in which the information in the SALNs of its members may be used to render them and members of their family vulnerable to threats to life and security, influence the action of the House or its commitees and, consequently, undermine the independence of the legislative branch,” said HR 2467.

“In consideration of the foregoing premises and pursuant to the relevant provisions of the Rules of the House of Representatives, the Speaker created the SALN review and compliance committee, and the Majority Leader designated its members, in order to esbalish the review and compliance procedure and to formulate such rules of procedures for public access relating to the filed SALNs of House members, officials, and employees,” added the resolution.

The SALN committee members are as follows:

How can SALNs be accessed under the new rules? HR 2467 states that a person who wants to access the SALNs of any lawmaker or House employee – other than through a subpoena – must file a request with the Office of the Secretary General using an official SALN request form.

The request covers only the latest copies of the SALNs, unless the requesting party is able to justify the need to access previous years’ SALNs.

Journalists who want to access SALNs will have to provide “proof under oath” of their media affiliation as well as a certification from a House-accredited media organization that they are a “legitimate media practitioner.”

The requesting party will have sign the SALN request form’s sworn undertaking and declaration portion, which says the SALNs may only be used for the purpose stated in the request.

The House rules also says the SALNs may not be used:

A requesting party will then “certify under oath” that the SALN request “does not constitute an unwarranted invasion of personal privacy” and the name of the SALN owner will not be disclosed but referred to in general terms if used for academic purposes.

The requesting party must also declare that he or she has no “derogatory record” of having misused any information he or she previously requested.

The SALN review and compliance committee secretariat will first conduct a preliminary assessment of the request. A copy of the request will also be given to the legislator or House employee concerned.

If the secretariat approves the request, it will then be transferred to the SALN review and compliance committee members.

The committee may grant or deny the requests for access to the SALNs “provided that access to copies of the SALNs of House members by the public shall be referred to the House plenary for final determination.” – Rappler.com 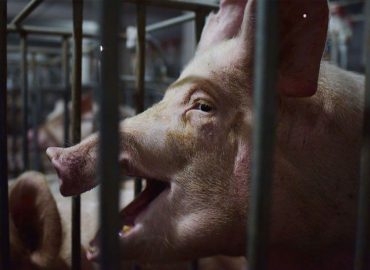