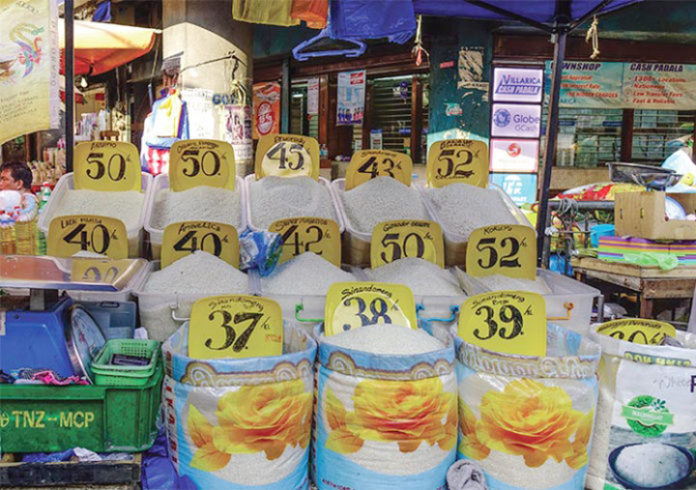 Slapping safeguard duty on imported rice would increase the price of the staple and accelerate inflation, a senior official of the National Economic and Development Authority (Neda) said over the weekend.

Neda Undersecretary for Policy and Planning Rosemarie G. Edillon told the BusinessMirror that inflation would rise by 20 basis points if traders will have to pay safeguard duty. This means that if inflation is at 1 percent, the additional tariff will hike the rate to 1.2 percent.

However, Edillon said this is just a “conservative” estimate and that the impact of the safeguard duty on inflation will depend on the time frame of its implementation and how the country’s trade partners will view the development.

Under the rules of the World Trade Organization and Republic Act (RA) 8800, general safeguard duties may be temporarily imposed on rice imports, on top of regular tariffs, if there is evidence of a surge in rice imports and this surge has resulted in, or threatens to cause, serious injury to the rice farmers, according to the Federation of Free Farmers.

“Hopefully, if the measure is put in place, it will be very temporary, just to account for the transition,” she said.

“While the measure may cause a slight uptick in inflation, the perception of ‘policy walk back’ can compound the inflationary effect [which] may even linger,” she added.

Edillon warned that the policy walk back could result in second-round effects and create a perception of policy uncertainty.

Prior to the implementation of RA 11203, the Neda said domestic rice prices have been persistently increasing over the years, pushing inflation up and ultimately hurting the poor the most, including many farmers who have to buy rice.

Nonetheless, she said the Neda recognizes the need to help rice planters. However, instead of imposing safeguard duty, the Neda prefers the full implementation of the Rice Competitiveness Enhancement Fund (RCEF).

The set up of the RCEF is mandated by RA 11203, or the rice trade liberalization law, which converted the quantitative restriction on rice into tariffs. The law, which took effect on March 5, also made it easier for traders to import the staple.

Socioeconomic Planning Secretary Ernesto M. Pernia said the RCEF will fund the distribution of tools and equipment to farmers and for programs that will allow them to access cheap credit and hike their productivity.

Pernia said RCEF is one of the safeguard mechanisms to protect rice farmers from any possible adverse effects of the removal of the QR on rice.