The government may be forced to secure more loans if the government fails to allocate additional funding for the rehabilitation of the devastated city of Marawi this year, a National Economic and Development Authority (Neda) official said on Monday.

Neda Undersecretary for Regional Development Adoracion M. Navarro told the BusinessMirror that securing more private-sector loans or additional loans are just some of the options, which also include asking for a supplemental budget for the Marawi rehabilitation’s programs and projects.

Navarro said, however, that loans are the least of the government’s priorities in terms of funding the rehabilitation. The government can still find ways to maximize its resources, such as its savings, to finance projects and programs for Marawi.

“The Senate wants to remove the P75-billion [funds] for the DPWH [Department of Public Works and Highways]. If they are thinking of where to put those funds, they can provide some more funding for Marawi,” Navarro suggested.

“In the past [when this happens], the government requests for a supplemental budget for the NDRRMC [National Disaster Risk Reduction and Management Council] fund. But what I’m thinking is we should not wait for the time that a supplemental budget will be required. If we already see the potential funding gap, we should already fill it. That is if the Senate is really thinking of realigning some portion of that P75 billion for [the] DPWH,” Navarro said.

On Monday, Navarro lamented on social media that estimates from the ground revealed the government needs at least P12 billion to rehabilitate Marawi.

Navarro said the amount is based on over P6-billion requirement for 2019 of the most  affected area (MAA) and over P6 billion in total amount of programs, projects and activities.

The estimated cost is nearly three times the P3.5 billion allocated for the rehabilitation of the municipality included in the budget of the NDRRMC for 2019.

“Given that only P3.5-billion Marawi component of the 2019 NDRRMC fund is in the National Expenditure Program, it is clear that there can be a funding shortage should that amount in the NEP be carried into the General Appropriations Act [GAA] 2019,” Navarro said on Twitter.

The projects and programs will be implemented by the national government agencies, the Autonomous Region in Muslim Mindanao (ARMM) and the local government units.

These, Navarro said, all have been previously submitted during the Bangon Marawi Comprehensive Rehabilitation and Recovery Program preparation.

Navarro said given this, the budget allocation must be amended in order to address the needs of residents in Marawi. She said the legislature must not wait until a supplemental budget is approved to amend the allocation.

She explained that for changes in the budget, agencies usually request for a supplemental budget after the GAA is passed into law. However, given that the national budget for 2019 has not yet been approved, Navarro said Congress still has time to make the necessary changes.

“Why wait until such time that a supplemental budget is needed? If @SenatePH is thinking of realigning some items in the GAB [General Appropriations Bill], it can already look at the Marawi rehab requirements and consider such in their deliberations of realignments, should there be any,” Navarro said on Twitter.

In December 2018, the Asian Development Bank (ADB) Board approved a $408 million worth of financing package for the rehabilitation and rebuilding of Marawi City. The package consists of a $300 million worth of quick disbursing loan for educational and health projects, and $100-million loan for rebuilding all bridges in Marawi and 30 to 40 percent of its road network.

The remaining $8 million will be extended as grants composed of a $5-million grant for water and health infrastructure from ADB’s Urban Climate Change Resilience Trust Fund, and $3 million for social services and livelihoods under ADB’s Japan Fund for Poverty Reduction.

The ADB said the loans, because of its nature as an emergency loan, will have a tenure of 32 years and a grace period of eight years. This is the maximum term for a loan given by the ADB.

Under output 1 or the output of all projects under the $300 million worth of quick disbursing loan, the ADB said it covers around 449 projects, including social services such as education. 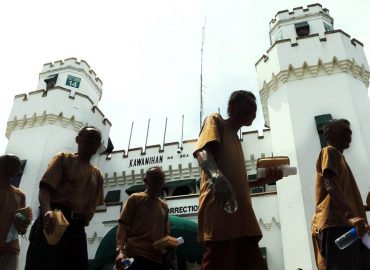