A handful of agriculture, infrastructure  and environment projects funded by  official development  assistance (ODA) were identified as “actual problem projects” in 2017, according to the National Economic and Development Authority (Neda).

The nine most problematic of these projects are in agriculture and environment and include projects such as the Jalaur River Multipurpose Irrigation Project II, which contributed the most to the year-end availment backlog.

The Jalaur River Multipurpose Irrigation Project Phase II contributed $202.23 million, or 13 percent of the total availment backlog as of December 2017.

“About 47 percent [$709.61 million] of the recorded availment backlog as of December 2017 was attributed to 12 actual problem projects,” the Neda said.

These actual problem projects have disbursement rates of 50 percent for at least a year and have low utilization rates; encounter delays in major activities for at least six months, among others.

They have a significant impact on availment rate, or the cumulative actual disbursements as a percentage of the scheduled disbursement.

These projects experienced delays and slow project start-ups. In terms of the ARCP, the Department of Agrarian Reform (DAR) sought partial loan cancellation due to the withdrawal of local government units and the reallocation of the $785,526.85 initially for civil works to consulting services but these requests were not granted.

“[The] DOF [Department of Finance] advised the DAR to utilize the remaining loan proceeds for individual land titling. The DAR proceeded to implement the project using existing allocation,” the Neda said.

In terms of the Convergence on Value Chain Enhancement for Rural Growth and Empowerment Fisheries, Coastal Resources, and Livelihood Project, and FMP, the Neda could not provide any update and the report only provided the reasons for the delays.

For the ARCP, the Neda said there was limited information of the  agrarian-reform beneficiaries organizations on value-chain system and limited technical capacity on the part of the local government units.

In terms of the Fisheries, Coastal Resources, and Livelihood Project, the factors that caused delays included the slow action of LGUs on the delineation of municipal waters; lack of a specialist at the regional level; and delay in the selection of suitable sites for rehabilitation. 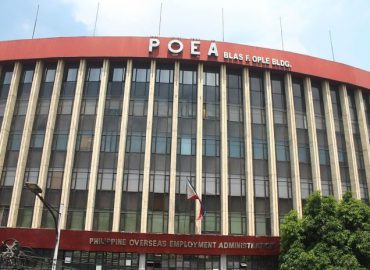