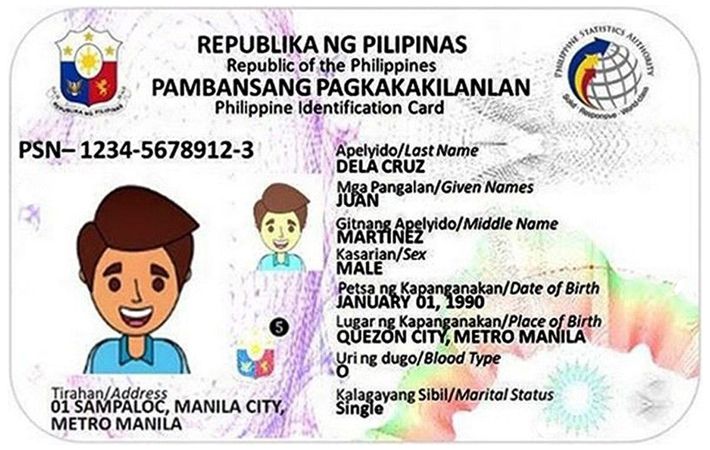 Production of the national ID, formally known as the Philippine Identification System (PhilSys) program, is to be subsidized by the BSP, which hopes it will help reduce the numbers of the unbanked population, estimated by the World Bank at nearly 65% of the working-age population in 2018.

“The card issuance will start in April 2020,” he said. “The journey for a national ID for the Philippines started 30 years ago. But it failed to pass one Congress after another. Finally, the Philippine ID System Act was passed last year,” he said.

The national ID is authorized by Republic Act. No. 11055 or the Philippine Identification System Act, which establishes a unified identification system for both Filipinos and resident aliens.

In a memorandum of agreement signed by the BSP with the Philippine Statistics Authority (PSA) on Oct. 7, the central bank agreed to produce 116 million blank cards over three years.

“We will print the ID at less than $1 per piece — 60 cents to be exact. We will provide the needed equipment and space for the embedding of personal information onto the blank cards, which will be done by the PSA,” Mr. Diokno said during a round table discussion on “Championing and Accelerating Good Digital ID for all.”

PSA Undersecretary Claire Dennis S. Mapa told reporters during the MoA signing that the formal rollout of the ID registration will have an issuance target of 14-15 million IDs in 2020, 50 million in 2021, and the remainder by 2022. Pilot testing started in September, and revealed that on average registration time might take less than the 15 minutes assumed during planning.

Mr. Diokno said during the MoA signing that the ID will be issued free of charge.

The BSP’s own estimate of the unbanked population is 52.8 million adults as of 2017. — Luz Wendy T. Noble