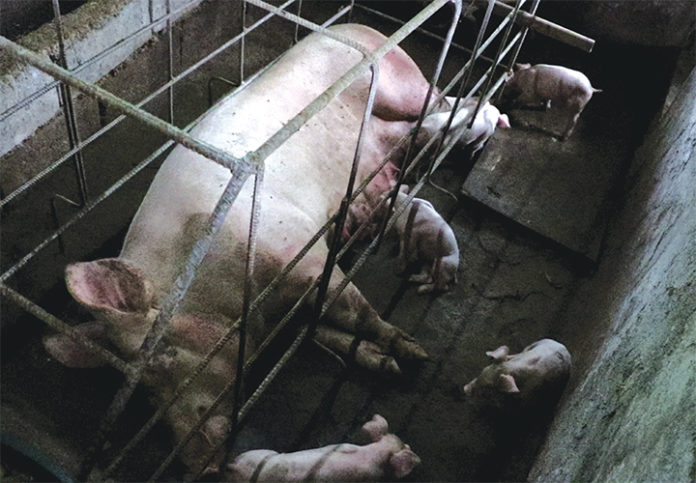 THE Department of Agriculture (DA) said there are four sites tagged “ground zero” where scores of hogs were killed after the still unidentified swine virus struck backyard farms.

Agriculture Secretary William D. Dar revealed this piece of information during his speech at the Philippine Chamber of Agriculture and Food Inc.’s (PCAFI) forum last Saturday.

This is the first time that the DA disclosed more details on the suspected animal disease outbreaks in the country. However, Dar stopped short of identifying the exact location of the four “ground zero” sites.

The DA has been tight-lipped about details related to the hog deaths caused by a “mysterious” disease, which officials described as a “major economic disease.”

“There are ground zeroes in four areas but I will not disclose the location,” Dar said in a mix of English and Filipino.

He said he will not reveal the exact location to discourage people, especially the media, from going there and possibly spreading the disease.

“Why will I not tell? If the public finds out the exact location, then people will go there. The media will go there and if they enter the 1-kilometer [radius], they may spread the virus. We don’t want that to happen,” Dar added.

BusinessMirror’s sources said the ground zero sites are located in Rizal province, where the government has already put up stringent animal quarantine checkpoints and culled all affected pigs.

Under the government’s protocol, hogs within the 1-kilometer radius of the infected farm, or ground zero, shall be depopulated or culled through approved humane measures.

Pigs in the 1-kilometer radius or the infected zone could be killed by the Philippine National Police using a 0.22 caliber gun and by stunning and sticking.

The destruction and disposal of infected pigs would be done through incineration, field burning, burying and combination of burning and burying.

The slaughter and disposal of animals shall be done in the presence of a licensed veterinarian.

OIE reference laboratories are regarded as the most competent authorities in relation to specific diseases. These laboratories provide member-countries with “diagnostic testing facilities, and, where appropriate, scientific and technical advice on disease control measures.”

Both Spain and the UK have OIE reference laboratories for swine diseases, such as African swine fever and Classical swine fever, according to the OIE’s  web site.

The UK also has OIE reference laboratories for other swine diseases, such as swine influenza and swine vesicular disease.

PHL may go into recession — Diokno